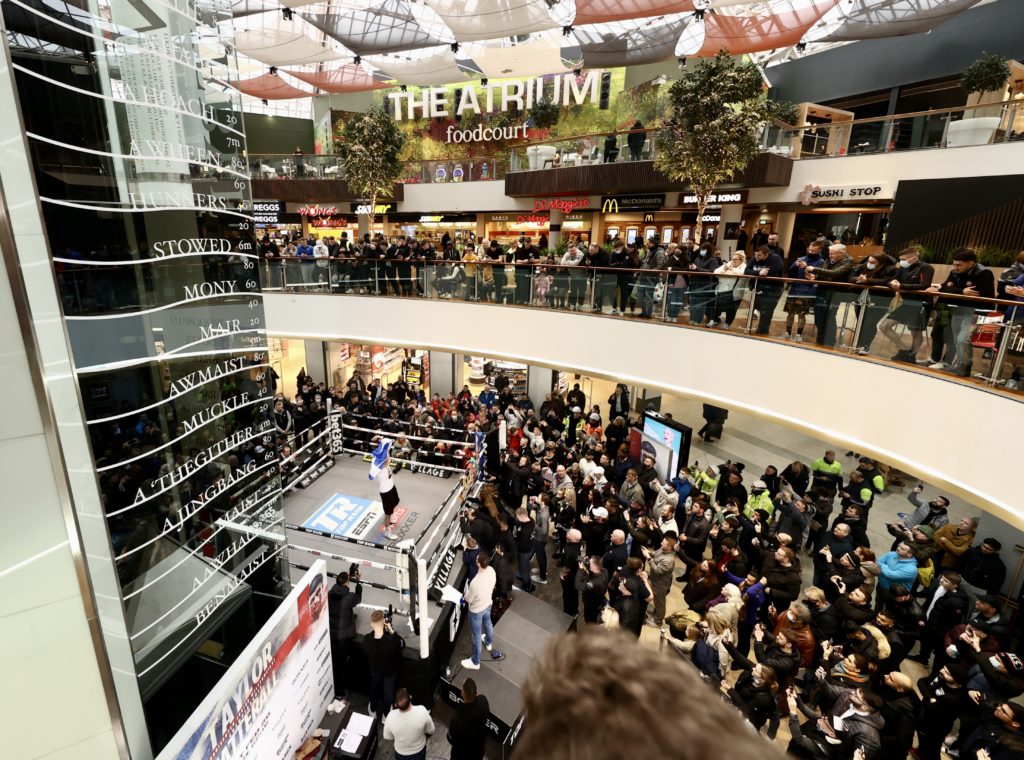 Coming up Saturday night in Glasgow, Scotland, Undisputed Jr. Welterweight World Champ, Josh Taylor will defend against English, unbeaten contender, Jack Catterall. And, the guy in the villain role to the “hero’s return” knows what to expect.

Catterall spoke at the the open to the public workout Wednesday afternoon in the Scottish town that will host the showdown for supremacy at 140 lb. And, he made it clear that he knows the fans will be all over him from the beginning,

“I’d be disappointed if I didn’t get booed on Saturday. If Josh were coming to Chorley, he’d certainly be getting booed, so I expect the same thing coming up here,” Caterall said on the microphone to the crowd.  “You know what, I’m all for it. This is his town. This is his people. Support your man. I’m coming up here as the enemy. It is what it is….

“I’ve got to go above and beyond for this fight. Everything I’ve done in all my previous fights mean nothing. I’ve got to go and put on a career-best performance to beat Josh on Saturday. Josh is at the top of his game — he’s got all the belts — so I’ve got to fight with everything on Saturday. Believe me when I say I’m prepared to go to the darkest places possible to come home with that victory.”

Saturday night’s defense is Josh Taylor’s first since defeating Jose Ramirez for his two titles in Las Vegas back in May to become undisputed at Jr. Welterweight. Taylor has joined legendary Lightweight World Champion Ken Buchanan, as the other Scottish born boxer to hold an undisputed world title.

And, now, he’ll battle the 26-0, Chorley, England born Catterrall in the 14,000 seat OVO Hydro Arena in a bout that will be televised on PPV in the U.K. and back to the U.S. Saturday afternoon via Top Rank Boxing and ESPN+.

Catterall is 26-0, 13 KOs, but was last in the ring back in November of 2020 when he decisioned Abderrazak Houya. The Brit does. have wins over countryman Ohara Davies and Ireland’s Tyrone Mckenna both back in 2018 to add to his resume.

But, clearly, Saturday is an enormous step up for Catterall and we are about to see if the crowd and the moment will actually have some affect on him or not?