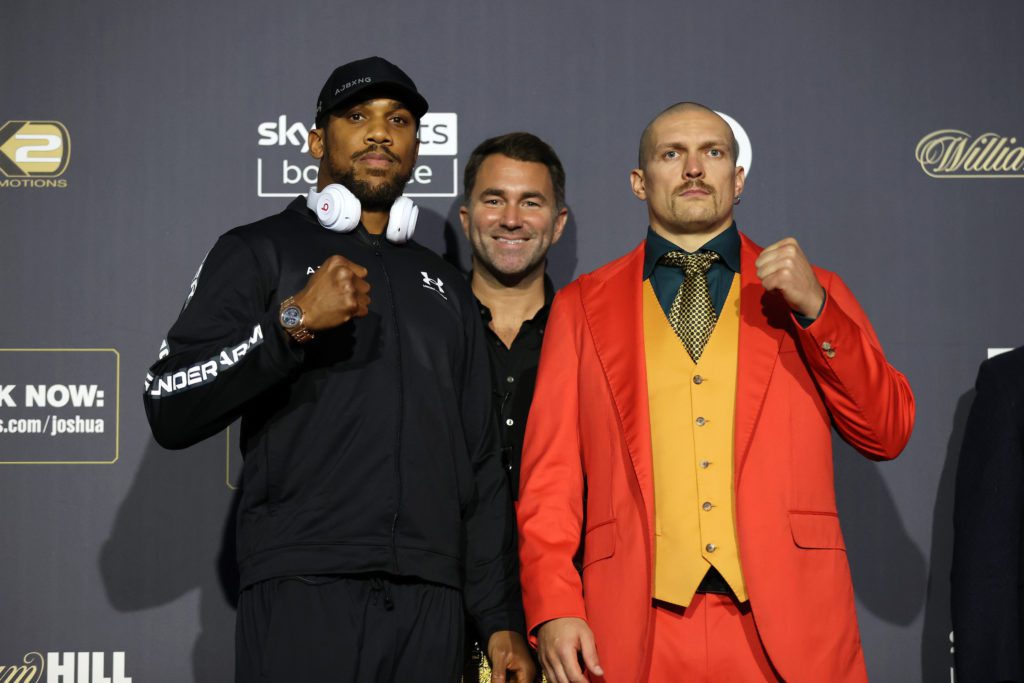 Been a long time since we had a Big Fight Weekend, and Anthony Joshua takes on Oleksandr Usyk in a unification heavyweight bout that can shape the landscape at the top. The huge heavyweight showdown will be in front of a sold out Tottenham Hotspur Stadium in what should be a sight. This, as an expected 65,000 fans will be in attendance and seen worldwide on the streaming service DAZN and on Sky Sports in the UK.

Listen to our latest episode of the “Big Fight Weekend Podcast,” where we break this fight down from London with this weeks’ guest, The Boxing Writer’s David Payne from the UK.

Joshua comes into this fight fresh off his stoppage win over Kubrat Pulev last December. Usyk is coming off a unanimous decision victory over Dereck Chisora last October and is chasing the names of Evander Holyfield and Michael Spinks in becoming a  champion at light heavy/cruiserweight and heavyweight. Biggest questions will be answered as soon as the bell rings as Joshua poses a size advantage over Usyk but Usyk does hold a win over Joshua in the amateur ranks.

A 10 year old grudge match in the heavyweight division is some of the backdrop heading into Saturday night.

📺 #JoshuaUsyk is live on @SkySports Box Office this Saturday 👊

The sportsbooks have Joshua as the favorite and that is the safe bet by not only me but thanks to William Hill, nearly two thirds of the money coming in banking on Joshua to retain.

“In the outright market, we’ve seen nearly two thirds of bets placed on AJ at 2/5, while the support for Usyk has been in the round betting with rounds 8-11 being notably popular, “Rupert Adams, Spokesperson for William Hill said in a statement.

The underdog market thinks Joshua could fade late, I don’t see it and I advise if you are in the prop bet market to take the decision win for Joshua in this one. The question now begins after this fight should Joshua retain, what will happen as they wait for the result of Deontay Wilder and Tyson Fury next month.