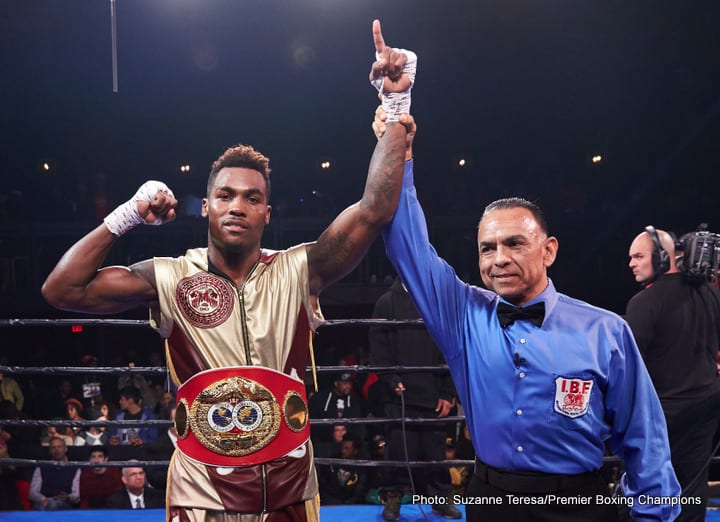 Mark Calo-oy will work the scheduled 12 rounder with Alvarez and Saunders at the home of the Dallas Cowboys, AT&T Stadium.

Calo-oy, who began officiating professionally in 2007, is no stranger to the big stages in Texas. This includes recently, as he worked the IBF Strawweight Title Fight in Dallas’ American Airlines Center on the undercard of the Ryan Garcia-Luke Campbell main event on January 2nd. That was a Strawweight clash between Felix Alvarado and DeeJay Kriel and Calo-oy stopped the bout in the 10th round awarding Alvarado the win.

He previously had been a very busy part of the Canelo-Callum Smith undercard in December at the Alamodome in San Antonio, working four bouts prior to the main event. That included, Austin “Ammo” Williams’ 1st round demolition of Isiah Jones.

Calo-oy was also the referee for Tevin Farmer’s IBF World Super Featherweight unanimous decision victory over Guillaume Frenois in the main event of a July of 2019 card in Arlington, Texas. And, has been well traveled over his career, working world title fights in China, Colombia and several in Mexico through his time with sport.

However, this will be his biggest assignment to date, as he’s working the main event involving one of boxing’s biggest names over the past decade (Canelo) in front of over 65,000 in attendance and millions that will be watching in North America and Europe.

Keith Idec of Boxingscene.com reported on Tuesday night that he’s learned that three American judges have been tapped to judge the Canelo-Saunders contest,

Feldman worked the rematch of Canelo-Gennadiy Golovikin in September of 2018, scoring the fight 114-114. However, his two fellow judges gave the win to Alvarez to capture the Undisputed Middleweight Title. Feldman also worked Canelo’s win over Daniel Jacobs in May 2019 scoring for Alvarez 116-112 on a unanimous decision.

De Luca hasn’t worked a Canelo fight in a decade and Cheatham has never worked one.

Due to Saunders having only fought once in his career in the U.S., none of the three have ever worked one of his bouts.

And, while there has been plenty of chatter already from the British media and fight fans about how slanted the judges will be for Saturday, the bottom line is that Saunders is a heavy underdog and hasn’t shown much on the world class stage.

So, he’s got bigger issues come Saturday night than whom is writing on paper in between the rounds.