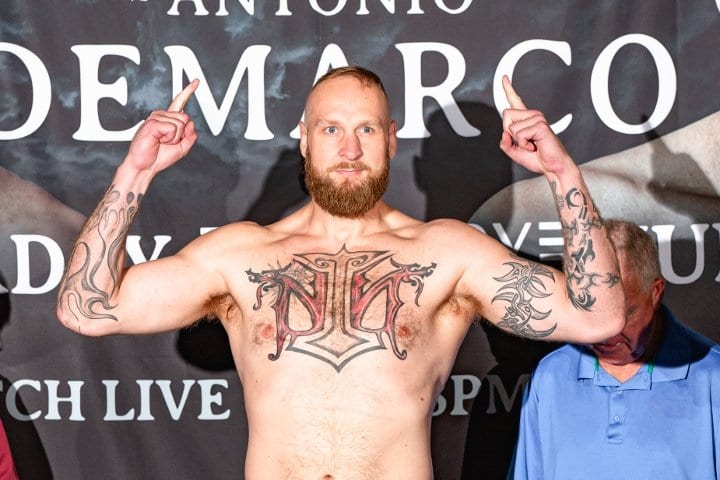 Helenius on Kownacki matchup- ‘I can beat him’

Robert ‘The Nordic Nightmare’ Helenius’ next fight will be against Adam ‘Babyface’ Kownacki from Poland. It will take place in Brooklyn, New York on March 7 and the winner will fight for the WBA title airing in the United States on Fox as Premier Boxing Champions made official on Friday.

“This is one of my last chances to go all the way. I’ve been boxing for 22 years for this. That’s a long time to take hits,” said Helenius about the match.

“I haven’t been this excited since I fought Teper in Germany. If I had lost that match, I’m not so sure I would have had the motivation to continue,” adds Helenius.

Helenius’ Polish opponent has a strong Brooklyn connection since he moved there when he was 7. Kownacki has fought all of his latest matches at his ‘home arena’ Barclays Center. He also fought and stopped Gerald Washington, who beat Helenius in Minneapolis in July 2019.

Kownacki has fought and won 20 matches, out of which 15 of them were by knockout. He’s ranked 3rd by the IBF, WBO and WBA and 8th by the WBC. This doesn’t intimidate the Helenius team.

“Kownacki is an aggressive boxer who doesn’t give up. He keeps on punching. Being fit and having strong stamina are keys to winning this match. We have trained extra cardio for a year, changed his diet as well as training routines and we are well prepared to face Kownacki. We will set up a strategy for the match and we know how to fight him,” says Helenius’ coach Johan Lindström

“I have fought similar boxers many times and I’m used to his way of boxing. I know my punches are powerful, I’m in great shape and I can beat him. I have also focused more on mental training, which I haven’t done for years. I’m really looking forward to this match,” says Helenius.

“This match can be considered a semi-final, and that’s what I’ve been working for.”

Helenius’ team will travel to the US a couple of weeks before the fight. They will prepare for the match and train in a local boxing gym in Brooklyn.

Blair Cobbs in action against Samuel Kotey
Will J-Rock Williams take advantage of big stage?
Advertisement
To Top
We use cookies to ensure that we give you the best experience on our website. If you continue to use this site we will assume that you are happy with it.OkPrivacy policy