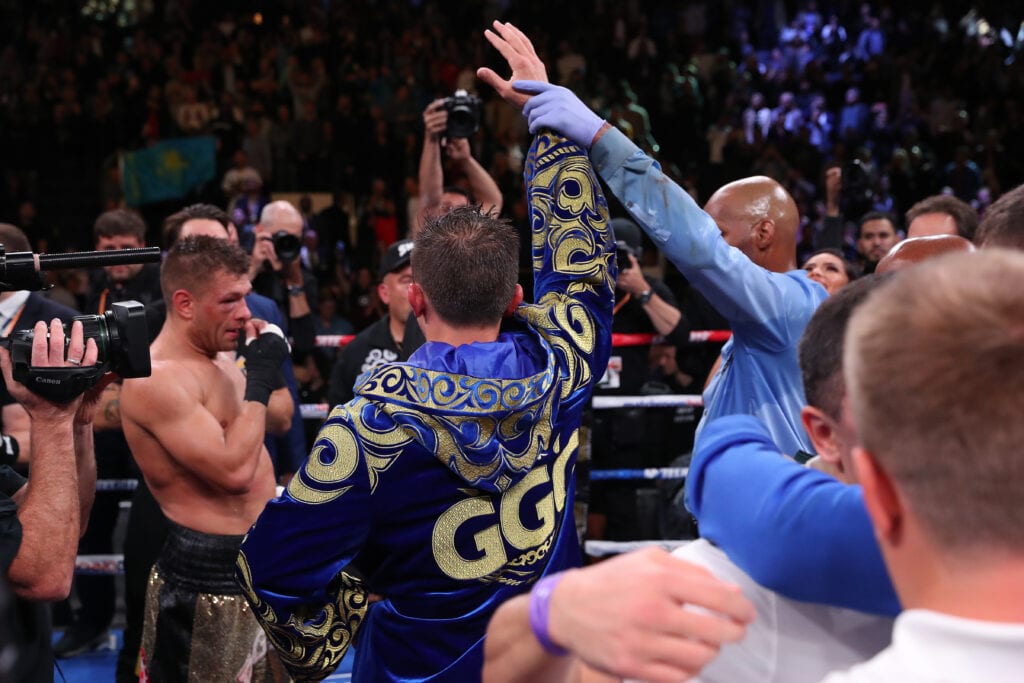 It seems that Gennadiy “GGG” Golovkin next bout against Kamil Szeremeta will have a later date than initially planned.

Steve Kim of ESPN broke the story late Tuesday night that the IBF Middleweight Champ Golovkin has suffered a right calf injury in camp that will push back the original bout slated for April to May or June per the article. As the IBF is well known to strip fighters of belts, such as this exact one Golovkin had won, his team has filed in an extension due to the injury per the ESPN report.

Previously, Matchroom Boxing promoter Eddie Hearn told ESPN last week that the fight, which initially had been planned for February 29 before being moved back for various reasons to March 28, likely wouldn’t happen until at least April.

The report from Kim mentioned that a DAZN spokesperson confirmed the promotion is looking at new dates for Golovkin-Szeremeta. Tom Loeffler of GGG Promotions declined to comment when reached by ESPN about the injury.

This recent injury for Golovkin is going to bring about the speculation that maybe that father time has caught up with the fighter, who turns 38 in April. Golovkin (40-1-1,35 KOs) was last in action last October, winning a close decision Sergiy Derevyanchenko for the vacant IBF middleweight title.

In that bout, many thought he was taking a lot from Derevyanchenko in terms of hits. So much so, that his trainer Johnathon Banks took the blame for the performance from Golovkin.

The delaying of the fight also delays what many boxing pundits feel will be, if possible, the third fight with rival Canelo Alvarez.  Sources close to Mike Coppinger of the Athletic told Copp that Alvarez had expressed interest finally in the bout after wanting no part of it after talks broke down last summer between the two.

Alvarez himself is still looking for an opponent to take on in the meantime in May. The latest reports suggest and hint that nod would go to England’s Billy Joe Saunders.

Even at this stage of his career, Golovkin was expected to get by Szeremeta, who is the mandatory challenger for the IBF title he won. This recent setback only pushes the clock back on if we ever get Canelo-GGG 3?