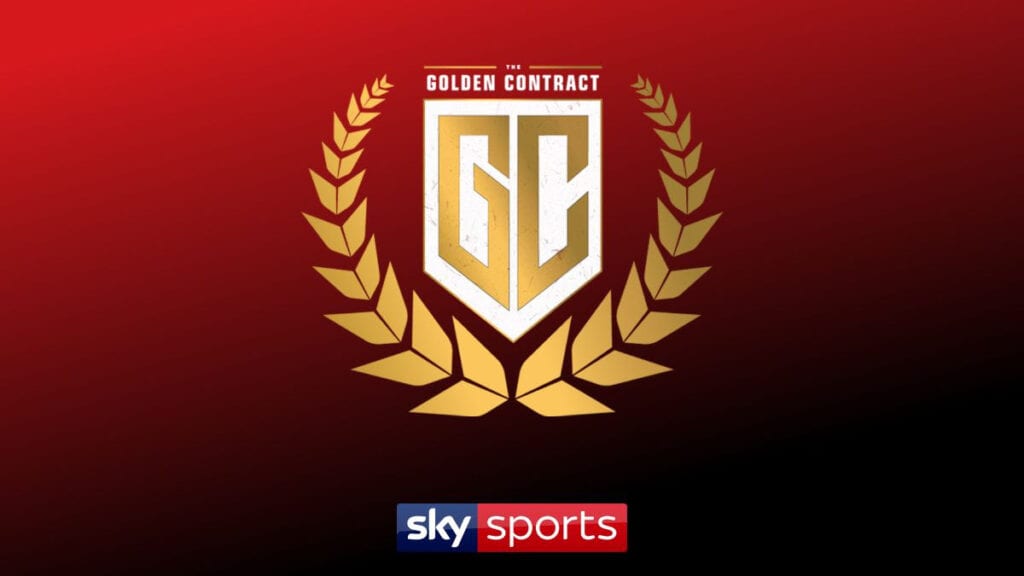 MTK Global on Tuesday announced that the inaugural and very intriguing #GoldenContract tournament will be broadcast on Sky Sports in association with Matchroom Boxing.

The competition that has the entire boxing world talking kicks off October 4, when the quarter-finals of the featherweight division take place at London’s famous York Hall.

The big kick-off isn't far away…

Matchroom Boxing promoter Eddie Hearn said: “It’s a great format – quarter-finals, semi-finals and the final. The winner comes out as a bit of a superstar and also goes straight into a major contract with a promoter as well.

“Get them in there, make the draw, no-one can duck anyone, no seeding. Go and beat them and run all the way to the final.”

Sky Sports Head of Boxing Adam Smith said: “The Golden Contract is an exciting concept which has been created by MTK Global and we’re really looking forward to showcasing the inaugural tournament live on Sky Sports.

“There are some familiar faces in the different weight classes who always bring drama, high-octane fights and explosive knockouts, so you should expect an enthralling evening of action when the competition begins on October 4. We really can not wait for it.

“The Golden Contract is a welcome addition to our stacked Autumn as we bring you a bumper schedule of live boxing on Sky Sports.”

MTK Global President Bob Yalen said: “We are hugely excited to have reached this deal with Eddie, Adam and their respective teams at Matchroom and Sky Sports. We look forward to working with them closely to bring this outstanding concept to the public.

“When three powerhouses unite to put their collective expertise and resources into making something great, you know they’re going to succeed; so if they weren’t already, everyone should be very, very excited about the Golden Contract Tournament and supporting their favourite boxers.”

MTK Global Professional Development Coordinator Jamie Conlan said: “This is fantastic news for all parties concerned and a proud day for MTK Global.

“We’re delighted to be working with two of the biggest companies in the game to bring the Golden Contract Tournament to the masses. We believe these events are going to be a huge hit with everyone who gets to see them both at the events themselves and on TV.”

Further news of fights and fighters will be forthcoming with the hotly-anticipated draws taking place at the start of each fight week.