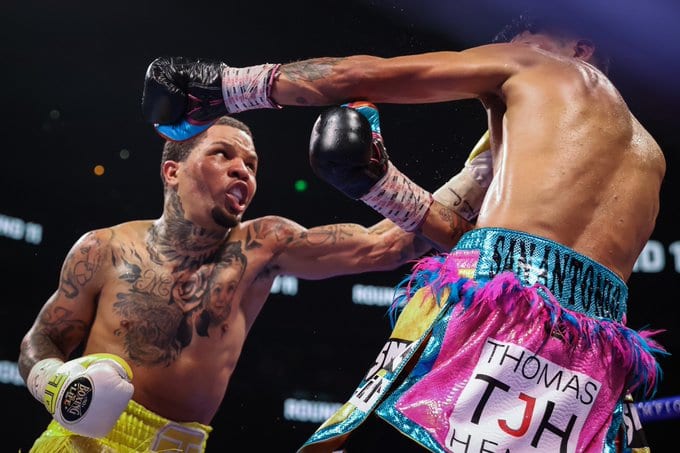 Gervonta “Tank” Davis (25-0, 24 KOs) will be in action to close out the year as the announcement made news on Wednesday afternoon as he’ll take on Rolando “Rolly” Romero (14-0, 12 KOs) Sunday, December 5 from the Staples Center in Los Angeles.

Jake Donovan of Boxingscene, at the time of his report, noted that representatives Showtime or PBC confirmed or denied the contest. Still, Davis posted that the fight was done on social media.

“I’m BACK! December 5, @ Staples Center in Los Angeles on Showtime PPV vs Rollie,” Davis posted on his Twitter Wednesday.

So we get Davis vs. Romero on PPV to close out the year. Part of this was a formality once the “WBA Regular belt liquidation” took place as Romero became the mandatory opponent for Davis his past August following the fallout from the Mykal Fox robbery. For Davis, this will be his 3rd fight as the headliner of a Showtime pay-per-view, recently defeating Mario Barrios back in June by 11th round stoppage in a junior welterweight bout. That win earned him the WBA “World” junior welterweight title at the time.

That time was short as the WBA forced Davis to give a belt back, and the one I thought he would at first is still in his hands as he still holds the WBA “Super” junior lightweight title along with the WBA “World” lightweight titles. After the contest with Romero, if he retains, Davis will have to lose another one of these belts and choose which one at that time.

But for now, we got a contest at lightweight for Davis, who faces Romero coming off a pretty one-sided stoppage win over Anthony Yigit last time out in San Antonio back in July. Romero has been calling for this fight on social for a while now, and it seems that the WBA helped make this a reality. Romero will more than likely come in as a big underdog coming into this bout on the sportsbooks, but I’m sure he’ll have plenty to say before we get there in this one before the bell rings.