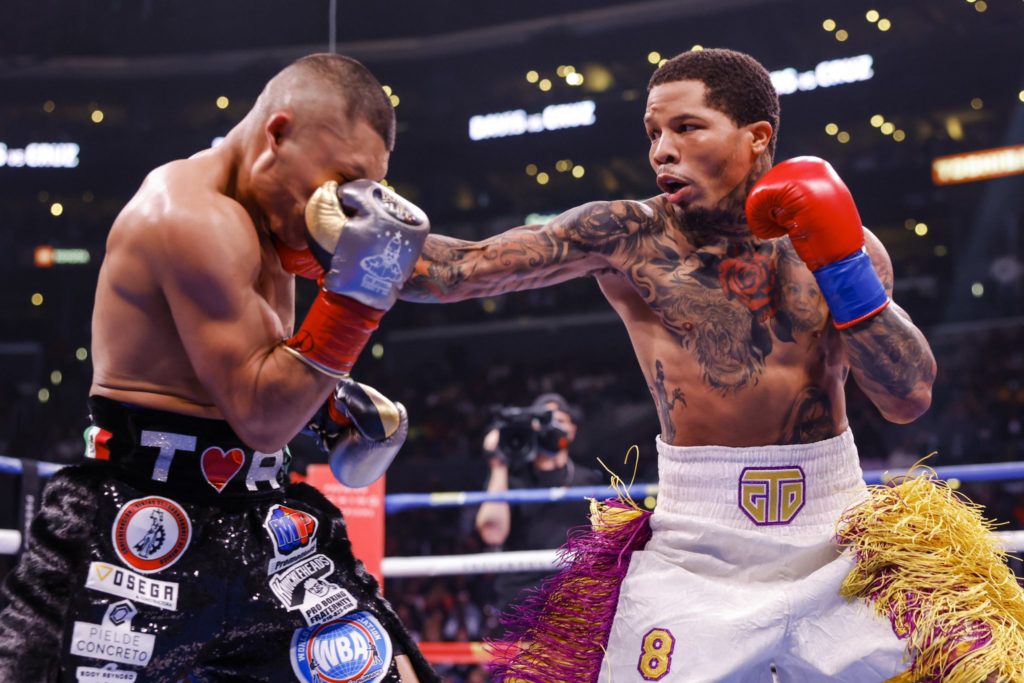 Gervonta Davis Gets By Issac Cruz

Gervonta Davis was in action Sunday night against late replacement Issac Cruz in what many thought would be a more challenging contest than Rolando “Rolly” Romero. What went down in the ring proved that maybe the case as Davis gets the unanimous decision win on Sunday night.

The final scorecards favored Davis 116-112, and 115-113 x 2 in the main event from the Staples Center in Los Angeles, California, which aired on Showtime pay-per-view.

Cruz had only faced one southpaw coming into this fight in his career, but it was one he took out in 53 seconds in Diego Magdaleno last October. The first round looked to favor Cruz, who was being the aggressor early and was having some success as the round ended. Davis was

The announced sold-out crowd on the broadcast of 15,850 was awake for this one after that round, which was a stark contrast from the co-main event, a tactical contest won by Sebastian Fundora.

The southpaw Davis was looking to counter Cruz with the uppercut and could do just that after two rounds of this contest. As we see in earlier fights, Davis wasn’t throwing wild as he was waiting to time up Cruz. It was a matter of if he lands this monster uppercut shot if Cruz could withstand it. As Davis was able to gain distance, Cruz was made aware and cautious of not throwing the jab as he didn’t want to get caught moving in.

Cruz made an effort to go to the body of Davis in the third round as he was trying to slow him down, but at this point, you can see Davis getting into a rhythm and timing Cruz with shots. The broadcast noted Davis’s footwork, which looked good in this fight as he was able to elude Cruz when he was pushing forward.

Cruz’s corner after the end of the fourth round reminded him to keep attacking the body of Davis, which was the gameplan but seemed to be the only note for him. Davis was looking to see how many left’s can hand on Cruz in the face.  It was frequent, but Cruz was still throwing in this but was having issues keeping up with Davis.

As the seventh round started, the fight continued the same key as Davis was able to pepper him with the left hand. Cruz was still trying to attack the body, but Davis was landing the harder shots, and you could sense the end was coming in the fight. Cruz was having good moments in the rounds of this fight but may not have been enough to capture many. That changed in the eighth round when he was making it an uglier fight inside with Davis and landing uppercuts of his own.

The ninth was a good round for Davis as he kept Cruz outside. This plan helped him pretty much pick him apart with a variety of shots. The tenth started solidly for Cruz as he caught Davis lunging in, which looked the best round in the fight. Davis seemed to injure his left hand as he appeared to stop throwing it around this time. Davis confirmed after the fight he injured in the sixth round punching the head of Cruz. It made for an enjoyable last round as Cruz couldn’t cut the ring off for Davis, who continued outboxing Cruz.

With the win, Davis remains undefeated and retains his secondary WBA title at lightweight. Davis’s name was mentioned among the many to take on undisputed champion George Kambosos Jr. who was in attendance tonight. This was a great win for Davis in a fight that showed a lot of good boxing from him. We’ll also find out the status of the hand and how long it will take to heal up also.

Sebastian Fundora Edges Garcia At Staples Center
Fury Out, Woodley Back In Against Jake Paul
Advertisement
To Top