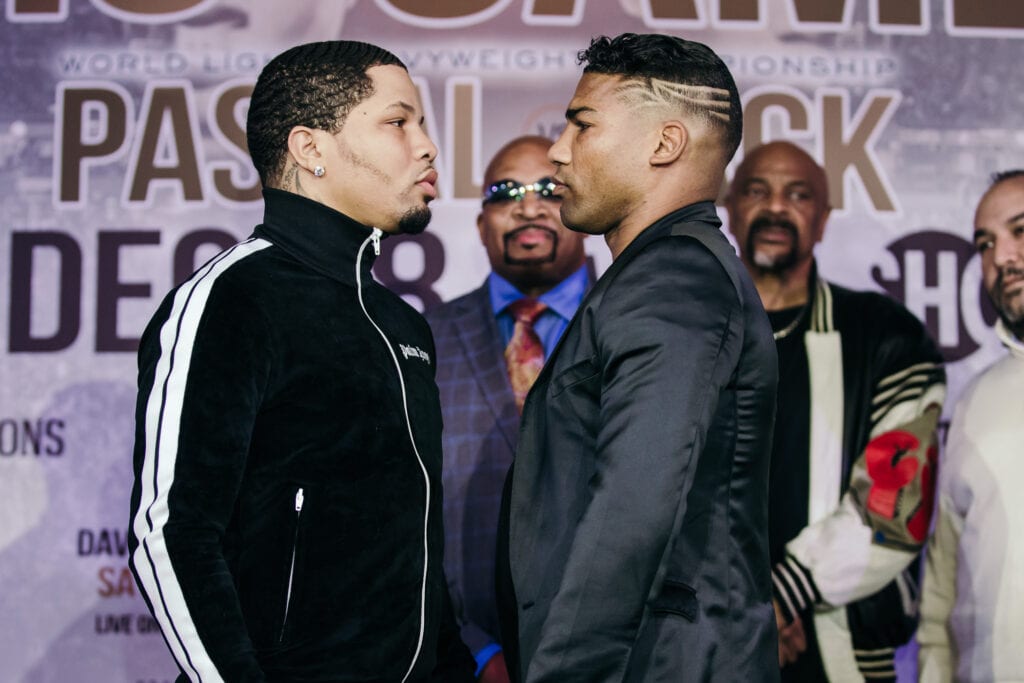 Unbeaten Junior lightweight champion and Rising Star Gervonta Davis is ready to bring his talents South from Baltimore to Atlanta. And, on Tuesday in advance of his battle with veteran contender and former three division world champ Yuriorkis Gamboa for the 135 lb title, Davis was complimentary of the shot to come South.

At the kickoff promotional press conference for the upcoming Saturday December 28th show that will be televised on the Showtime, Davis understands that he’s in a key position. That is to not only sell tickets, but take the next step toward potentially becoming a pay-per-view star in 2020.

I want to keep getting better and better inside that squared circle,” Davis continued. ” I hope Gamboa brings the best out of me so that people can see that I’m not just a power puncher. I have a lot of boxing skills.

“I’ve always wanted to fight here. Atlanta has accepted me with open arms. Baltimore is always my first home, but being able to come here is special and I really appreciate the support.”

As for Gamboa, there are question marks about his age (37) and what is left in the tank for him. He did have an impressive knockout on the undercard of Davis’ main event in Baltimore in July.

Gamboa said through an interpreter Wednesday,

“I recognize that Gervonta has done great things so far in his career. He’s had his glory, and I’ve had mine. I’ve been champion in different weight classes. We’re putting the work in and I assure you December 28 will be a great test for both of us.

“When I came out to Baltimore and knocked out Roman Martinez, I proved to the naysayers that I have a lot left in the tank. On December 28, my goal is to continue to prove everyone wrong.”

Clearly, PBC and Mayweather Promotions, who handle Davis, want a position him in the lightweight division for a potential mega-fight down the road. However, it’s doubtful that they will be able to get their hands on a match up with Unified Lightweight World Champion, Vasiliy Lomachenko.

Lomachenko is promoted by both Matchroom Boxing and Top Rank Boxing in a joint agreement and those have TV deals with Sky Sports in Europe and ESPN in the U.S.

And they will likely stay away from PBC and their affiliation with Showtime and Fox Sports.

So for now, Davis must be content to being the big draw against potentially lesser competition and that, includes Gambola at the end of this year.

Santa Cruz was sick before Flores fight
Tete-Casimero title clash in England
Advertisement
To Top
We use cookies to ensure that we give you the best experience on our website. If you continue to use this site we will assume that you are happy with it.Ok