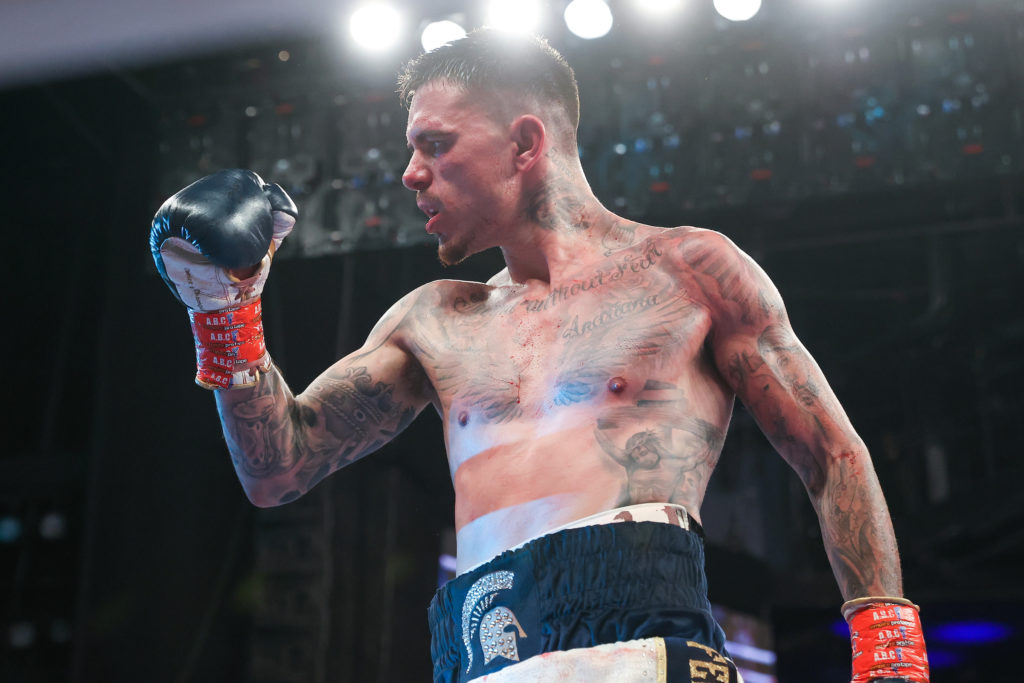 On Monday afternoon in Melbourne, Australia, unified lightweight champ George Kambosos began the media media week for his undisputed 135 lb. showdown with WBC world champ Devin Haney by calling out, face to face, the visitor “down under.”

The Aussie Kambosos, who holds the WBA/IBF/WBO titles, hyped their Sunday afternoon showdown, when he questioned the California born, now Vegas resident Haney on why he was even allowed to be in Australia?

At their press conference held midday and streamed through the social channels of Top Rank Boxing in the U.S. and Main Event TV in Australia, Kambosos insulted Haney about being a disloyal in communication with him,

“I’ll tell you why, because for the Teofimo Lopez fight (whom Kamboos beat in tremendous battle in New York last November) against a foreigner, he was messaging me. Telling me about Teofimo at a Hookah lounge. Teofimo having problems with his wife…. This is a rat. This is a rat.”

Haney, obviously didn’t take kindly to the insult and began to interrupt Kambosos then, and as the Q & A continued from the mainly Australian media.

Obviously, both fighters, but Kombosos specifically, have motive to get the Australian public more interested in the massive sports event for this coming weekend. This is because in addition to the over 50,000 expected to attend at Melbourne’s Marvel Stadium, there are hundreds of thousands who will be in the market to buy the Australian PPV to up the revenue for both of them. And, in addition Top Rank Boxing will show Kambosos-Haney on main ESPN Saturday night in the USA.

So, it’s in their financial and career prospects interest to keep hyping.

Kambosos, 20-0, 10 KOs, is in the driver’s seat as undisputed champ after his dramatic decision upset win last over Lopez. And, he is using that to his image and promotional advantage in the challenge by Haney coming to him in his native land.

The incentive for Haney, 27-0, 15 KOs, is these will be the biggest fight/payday of his career. However, he did have to agree to a “one way rematch clause,” where if Kambosos loses to him, they will fight again in Australia. However, if Kambosos wins, then Haney doesn’t have a contractual right to fight him immediately, again.

Still, it’s a chance at leverage, where Haney would have all the titles an could get a massive share of the theoretical Kambosos rematch and if victorious, again, a potential huge fight in Las Vegas, etc. with former unified champ, Vasiliy Lomachenko.

That’s the backdrop for the week long build up of the lightweight battle between Kambosos-Haney, and we’ll see if the “rat” insult grows into more.