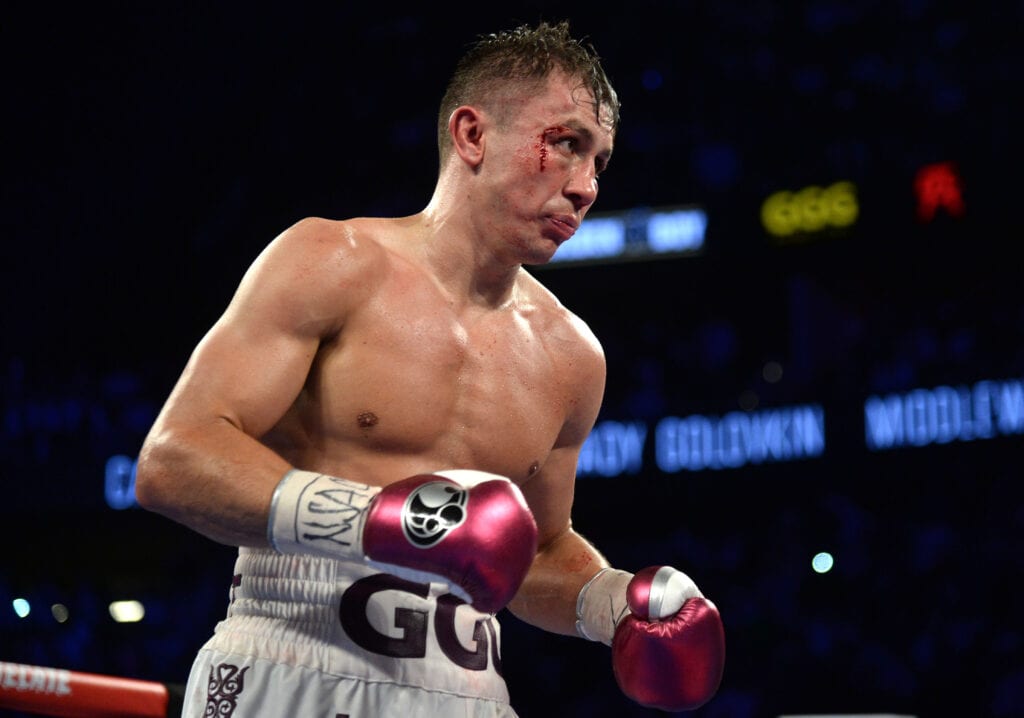 Coming next weekend, the now re-scheduled Middleweight World title bout between current IBF champ Gennady Golovkin and the WBA 160 lb. titleholder, Japan’s Ryota Murata, is set to take place. And, the man regarded in the 2010s as one of the top “pound for pound” fighters on the planet is now in the Far East.

Golovkin posted on his social media Wednesday night that he was on board a commercial aircraft from California, where he’s been in preparation for the next big challenge of his long championship career.

And then, about 12 hours later, Triple G’s promoter Tom Loeffler also put on social media that their travel party had arrived in Tokyo for next Saturday night’s bout in front of what will be a partisan crowd for Murata in Saitama, Japan.

Golovkin is 41-1-1 and the former, dominant Unified Middleweight champ of the 2010s will turn 40 on fight weekend next week, as well. Further, he knows his clock is ticking on getting back on the biggest stages with this bout and another looming.

He lost his versions of the Middleweight crown on a tight decision to Canelo Alvarez in September 2018. But, now he has a clear path to fight Canelo a third time in September, if he is victorious against Murata. This after Alvarez elected to do a two fight deal with Matchroom Boxing and DAZN that will begin with his challenge of WBA Light Heavyweight champ, Dimitry Bivol on May 7th.

So, it’s a two+ year layoff for him headed into this bout. Still, it’s a battle in boxing crazed country and he’s fighting against one of the formerly top names in Middleweight championship history in this one.

So, that’s the backdrop for the bout which has been delayed from last December due to increased Covid positives and what would have been the limiting of international travelers, as well as a large portion of the fight fans that would not have been able to attend.

They will be able to be there now that positive numbers have subsided and should give Murata at least an edge in motivating him.