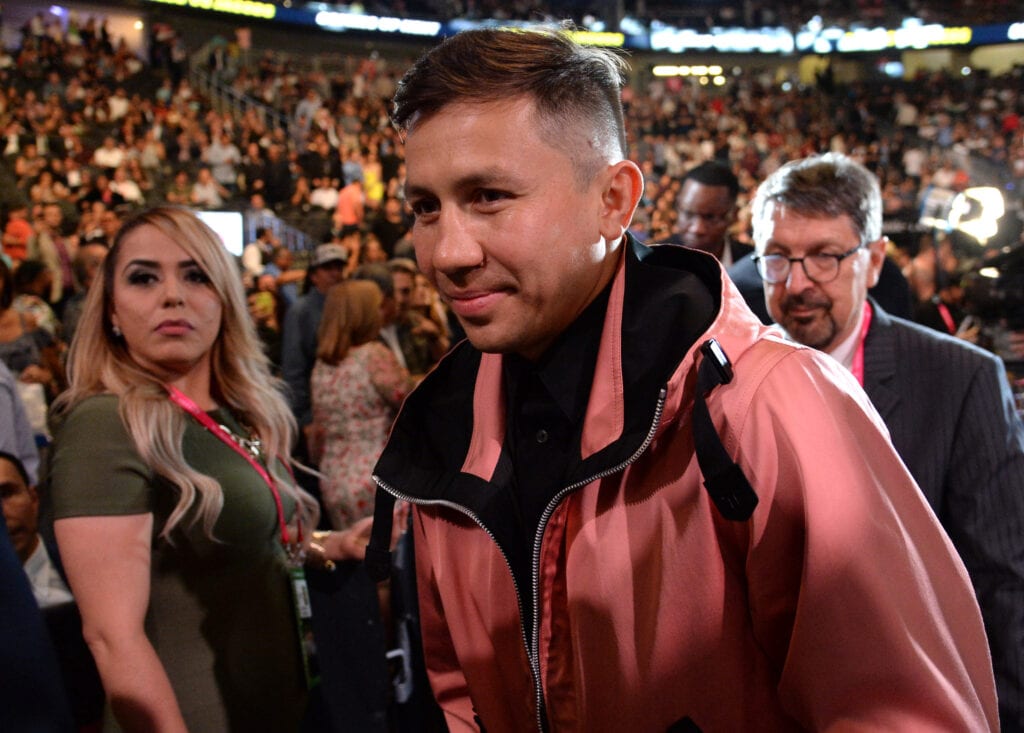 The premier Middleweight of the 2010s is back in the gym and hoping to finally get his unification title fight back on schedule. Gennadiy Golovkin (aka “Triple G”) is the IBF 160 lb. title holder and was set to face Japan’s Ryota Murata there in late Decemeber. However, the spike in Covid 19 cases in the Far East caused health officials to greatly restrict attendance, etc. and the promoters decided to postpone.

Now, Triple G has decided to gear back up and posted on social media early Wednesday U.S. time,

Happy to be back at training camp and to see my team. Hope that a date for the unification fight with Ryota Murata rescheduled for early April will be announced soon. I'm looking forward to traveling to Japan and to more BIG things in 2022 💪🏻 pic.twitter.com/iAEo1wUhmJ

Happy to be back at training camp and to see my team. Hope that a date for the unification fight with Ryota Murata rescheduled for early April will be announced soon. I’m looking forward to traveling to Japan and to more BIG things in 2022,” Golovkin wrote.

Triple G, 41-1-1, who will turn 40 in April, knows his clock is ticking on getting back on the biggest stages. He lost his versions of the Middleweight crown on a decision to Canelo Alvarez in September 2018.

Then, Canelo was stripped of the IBF portion of the championship in the Summer 2019 for failing to fight Sergiy Derevyanchenko, Golovkin, 41-1-1, jumped at the chance to fight the Ukranian #1 contender for the vacant belt in October of that year.

It was a hard-fought competitive battle that saw Triple G take a lot of punishment, yet still emerge victorious by decision to recapture a portion of the Middleweight crown in a division that he ruled for years.

After the Covid 19 shutdown of the sport for almost 90 days in the Spring of 2020, Triple G finally fought his long-delayed IBF mandatory battle with Poland’s Kamil Szeremeta that December and scored an impressive, if not expected, 7th round KO. He hasn’t been in the ring, again, to this point.

As for Murata, he’s 16-2 as a pro, and won the WBA “regular” Middleweight belt with a second round KO of American Rob Brandt in Osaka, Japan, in July in 2019. He defended the title again by KO over lightly regarded Canadian Steven Butler in late December 2019 in Yokohama, Japan. Murata, who just turned 36 in January, hasn’t fought since.

So, it’s a two+ year layoff for him headed into this bout.

Now, we wait for official confirmation that the fight is back on and will it still be in Japan or not?

In any event, Golovkin knows to be ready and that one last big battle will still be out there for late 2022, if he’s successful.