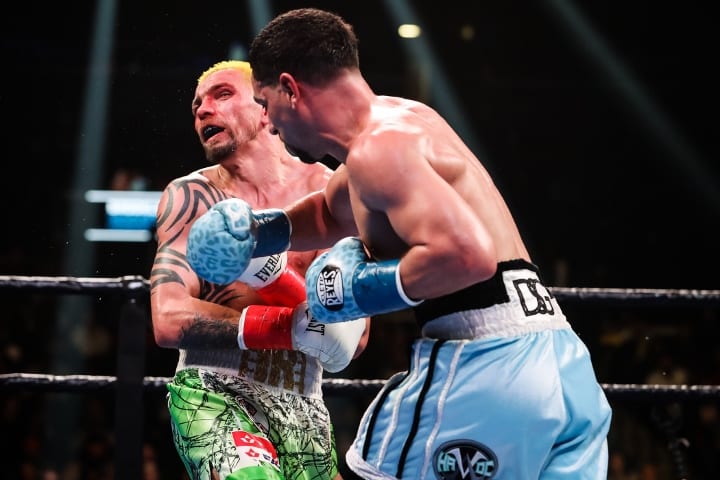 This bout was a WBC title-eliminator, but in reality, as it played it in the ring, it was a stay busy fight for Garcia as on this date he was to have taken on Errol Spence Jr. That got scrapped with Spence is still recovering from his single-vehicle car accident back in October.

While that title shot with Spence or against Manny Pacquiao is in the mix, Garcia got some work in over a game but outmatched southpaw, Redkach. To the credit of Redkach, he wasn’t stopped in his second contest at welterweight.

The fight went the distance, and after twelve rounds, judges Tony Paolillo scored it 118-110 and judges Glenn Feldman and Don Trella had it 117-111 for Garcia in what was mostly one-way traffic over thirty-six minutes.

From the opening bell, it was apparent to anyone watching that Redkach was going to suspectable to the counter right hand of Garcia and was throughout the contest. Even so to the point that his left eye opened up from it during the seventh round. The New York State Athletic Commission checked on the eye as the fight went but gave Redkach the go-ahead to continue to get pounded on by Garcia.

Redkach may have won a few rounds in the eyes of judges, but the only real action of note for him is that he bit Garcia in the shoulder in the ninth round. Something on a night that Redkach would rather forget in the ring.

“You know, either or,” Garcia about who he’d like next between facing Pacquiao or Spence. “Either of those fights I would like to have.

For Garcia, one would be safe to assume that the next bout for him is one of these two as he’s officially boxed enough Redkach’s and Granados’s of the division to warrant interest in these matchups anymore.