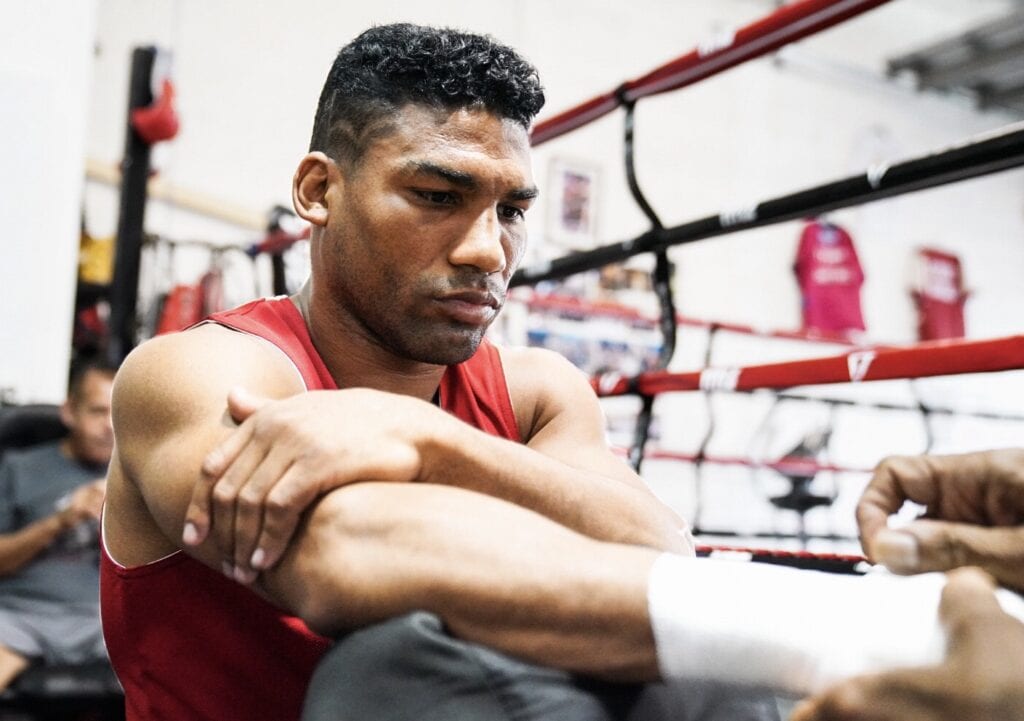 Gamboa looking for upset against Davis

Saturday night, former unified champion Yuriorkis Gamboa is taking on Gervonta Davis in the main event that will air on Showtime Championship Boxing at the State Farm Arena in Atlanta, Georgia. The 38-year-old Gamboa is a heavy underdog in a contest that is going to be Davis’s debut at 135 pounds.

While Davis may be favored, Gamboa is going to rely on his vast experience when the bell rings for the vacant WBA “regular” title that was still vacant after earlier in the year on Showtime, Robert Easter, and Rances Barthelemy fought to an uneventful draw.

“Obviously, I have a huge edge in experience and I think the quality of opponents I’ve faced, versus his opponents, gives me another edge,” Gamboa said in his media workout down in Miami.“Plus, the preparation I put into this fight. I really don’t see anyone outworking me. The work that I put into this fight gives me a big advantage.

The knock-on Davis heading into this bout in his residence of Atlanta is that the level of competition against him in the ring have offered little resistance to his power. Gamboa, when they meet up, will be not only his toughest test but also up for the challenge of that of Davis.

“What power does he have that I haven’t faced?” Gamboa stated. “Without question, this is going to be a great fight. There are going to be great moments of battle and a war, but at the same time, a lot of intelligence will be shown in the ring. So it’s a formula for a great fight and I think the fans are going to be pleased.

Gamboa Assistant trainer, Stanley McKinley, agrees with that as well.

“I feel great that I have this opportunity to prove in the ring what I can do, ” Gamboa mentioned. This is a fight that can get me back to the very top of the sport.

Gamboa, in the eyes of many in boxing, is on his way out at this stage of his career. Leading up to this fight, he is saying otherwise. We’ll see how Gamboa fares as Davis looks to have him as the 14th straight stoppage win on Saturday.