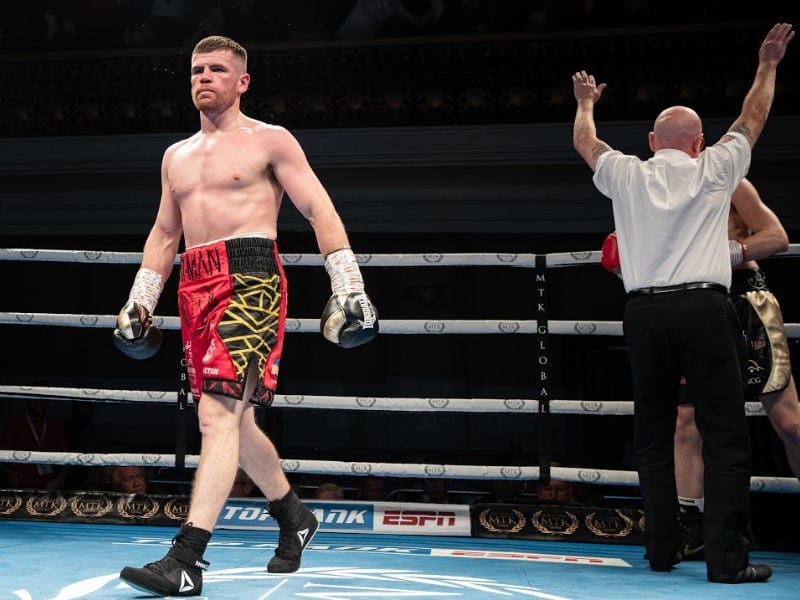 Paddy Gallagher has revealed he’s seen weaknesses in Chris Jenkins’ game – but is keeping his cards close to his chest ahead of their British and Commonwealth welterweight title fight on next week’s huge #MTKFightNight at Feile an Phobail.

While Gallagher admits he is planning for a gruelling battle against Jenkins, he has also spotted a potential kink in his opponent’s armour, but is keeping coy about what may be.

Gallagher said in a press release: “I’ve seen weaknesses but I’m not going to give them away. I want to have every advantage I can going into this fight.

“Regardless of that, I’m still expecting 12 hard rounds and I’m really going to have to work for the win and produce my best performance.

“I’m fully concentrating on Jenkins. The titles being on the line are great, but all I’m focused on is getting the win against Jenkins.”

Gallagher vs. Jenkins is part of a massive card at Falls Park, that is main evented by Michael Conlan facing the toughest test of his career so far when he takes on Diego Alberto Ruiz.