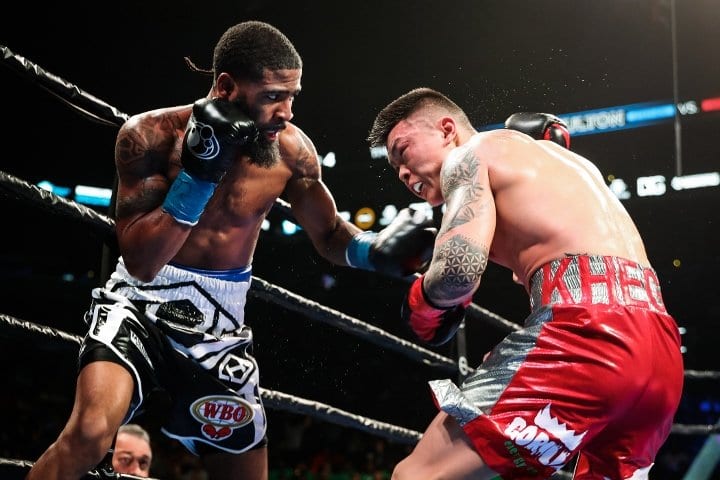 Fulton relaxed, isolated as he takes on Leo

It’s Stephen Fulton fight week, and his contest is the main event on Showtime this Saturday from the Mohegan Sun Casino as he takes on Angelo Leo in a battle for theWBO Super Bantamweight Title which was recently vacated by  Emanuel Navarrete.

On the latest edition of the “Ring Walk Jon ” podcast, Fulton laid out how careful he has been to make sure he’s able to make the contest against Leo, which will kick off live boxing back on Showtime since the pandemic bought that to a halt in March.

“I don’t want to mess anything up, and I’m the one bringing boxing back, so I want to be safe as possible and am very cautious of everything and everyone. I’m even missing out on seeing my son as well, but that’s what I got to do,” Fulton said to host Johnathan Leir on the podcast.

The best bets and boxing news for the week!

Fulton stated on the podcast that he has been tested regularly for five weeks and counting leading up to Saturday and is the eye test around the ring as opposed to the nose one for COVID testing.

Philly’s Fulton, 18-0, 8 KOs, earned this title shot coming off a win previously on Showtime as he won a unanimous decision victory over Arnold Khegai in a title eliminator back in January. With Navarrete moving up, it let Leo, as the next fighter up, challenge for the vacant belt.

For Fulton, the chance to lead off the main event of Premier Boxing Champions (PBC) is something he is looking forward to.

“I feel like I’m supposed to be doing this,” Fulton said. “I feel like this is normal to me. This is something they planned without letting me know, so thanks again to them (Showtime Executive Stephen Eszpinzoa and PBC Founder Al Haymon)”.

Fulton was about as chill as one could be talking with “Ring Wal”  Jon, but I can tell you that will switch once the bell rings Saturday night on Showtime against Leo.