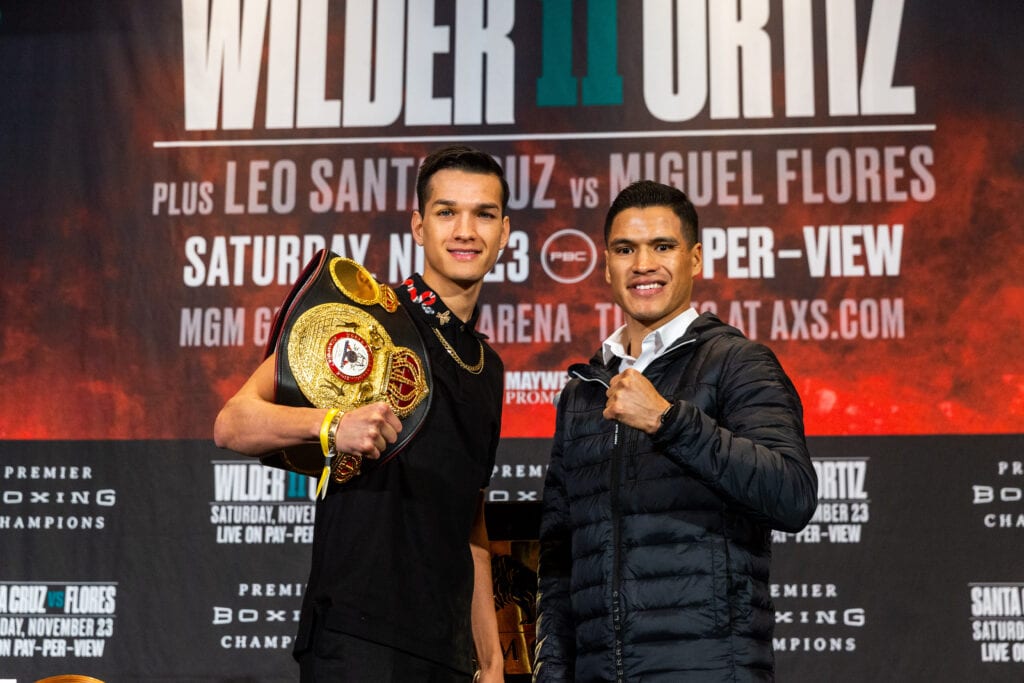 Brandon Figueroa is in action on the Wilder-Ortiz 2 pay-per-view and while he isn’t looking past challenger Juilo Ceja, he does want the top of 122 pounders to go against in the near future.

Speaking with Boxingscene.com before tonight’s contest, Figueroa stated that he would love a chance to take on  other world challengers in 2020.

“I don’t know what the future has in store for me, and I definitely don’t want to look past Julio Ceja,” mentioned Figueroa to Boxingscene. “God willing and I get the win, then hopefully after this fight I get the bigger names and the bigger fights. There’s Guillermo Rigondeaux, Daniel Roman, Emanuel Navarrete… and of course, if he wants the fight and Al Haymon is ready to make it happen, there will be Stephen Fulton as well.”

Check out our latest podcast below breaking down tonight’s pay-per-view.

Figueroa may get to do just that as Ceja for tonight’s contest came in 4.5 pounds over the weight limit. The contest will still go on unlike the one featuring Luis Nery and Emanuel Rodriguez as Nery came in a pound over the limit and Rodriguez cited safety reasons.

Back to Figueroa’s matchup which will be on pay-per-view card, his game plan for Ceja will be to come forward and get the stoppage.

“Julio Ceja is going to come forward to fight and make this a great fight, Figueroa said at the final press conference heading into Saturday. “We both come forward, but I can also box and switch between lefty and righty. I can fight with any style for any fight that I’m in”.

“I feel like this is going to be a stoppage. My volume of punches and my power will be there. I throw over 100 punches around. I’m going to be active. I’m confident in my conditioning and ready to take this 12 rounds if I have to.”

With Ceja coming in overweight, this may be a safe assumption leading into the pay-per-view tonight for Figueroa.  Let’s see if he gets a crack at the bigger names or for me personally, even Stephen Fulton in 2020.