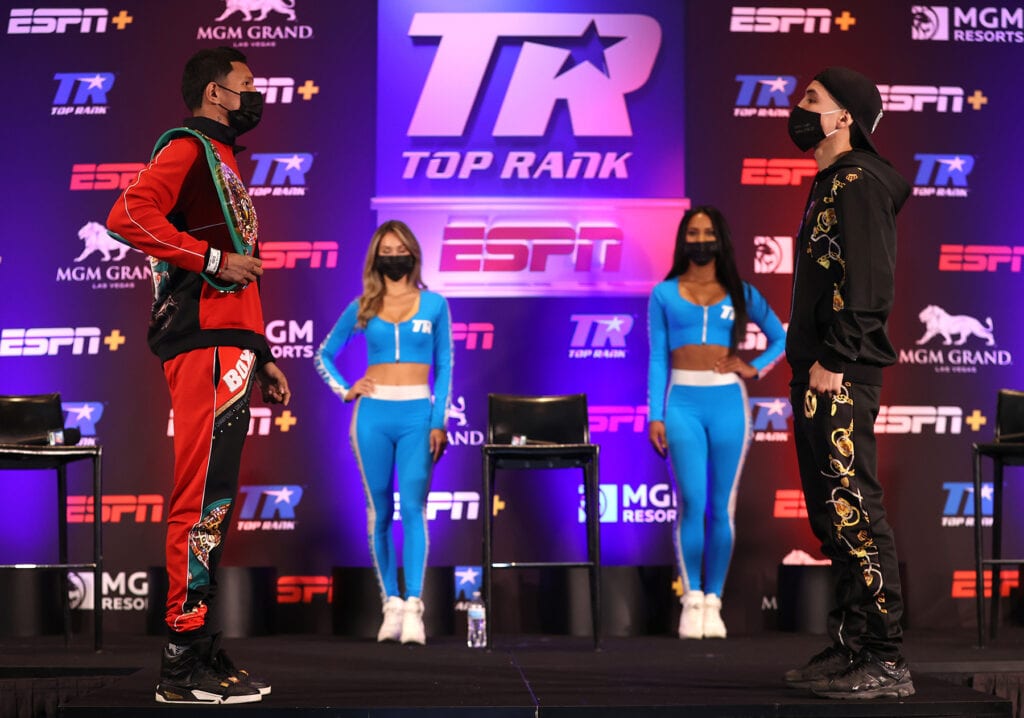 Expect Plenty Of Fireworks for Berchelt-Valdez

Like several other championship battles in recent months, Covid 19 and scheduling around whether or not fans could attend, has delayed the Saturday night WBC Super Featherweight showdown between champion Miguel Berchelt and unbeaten #1 contender Oscar Valdez. However, the wait has paid off and we should be rewarded with an action packed bout.

Berchelt will make the sixth defense of his title against the former WBO 126 lb. champ, Valdez, and both fighters are big volume punchers that are worthy of a Top Rank Boxing main event.

We discussed this more on the latest edition of the “Big Fight Weekend Podcast,” as Sr. Writer Marquis Johns joined me to with insight and breakdown of the significance of Berchelt and Valdez battling in the Las Vegas MGM Grand “bubble” tonight. Hear us here

Berchelt’s defense was tentatively scheduled last November until he tested positive for Covid 19 and had to stop training the month before the scheduled bout. Berchelt was last action back in June, when he stopped Eleazar Valenzuela in the 6th round in a title defense at the TV Azteca Studios in Mexico City.  That was his fifth straight title fight KO.

As for Valdez, he was also victorious earlier this year in the Vegas bubble back in July. That’s when he stopped Super Featherweight veteran Jason Velez in the 9th round of their main event (Velez is actually fighting rising 130 lb. star Gabriel Flores in the co-feature Saturday in Vegas).

Valdez was a two-time Mexican Olympian who vacated the WBO Featherweight belt last year after six title defenses, which included 12-round barnburners against the likes of Scott Quigg, Genesis Servania and Miguel Marriaga.

And in the final pre-fight presser Thursday, Valdez made clear that he’s going to stand toe-to-toe and challenge the champ,

If it's #AndNew or #AndStill come Saturday night one thing is certain about this one:

Berchelt will absolutely oblige that strategy and that’s why there is eagerness in seeing who gets the better of whom in this delayed main event.