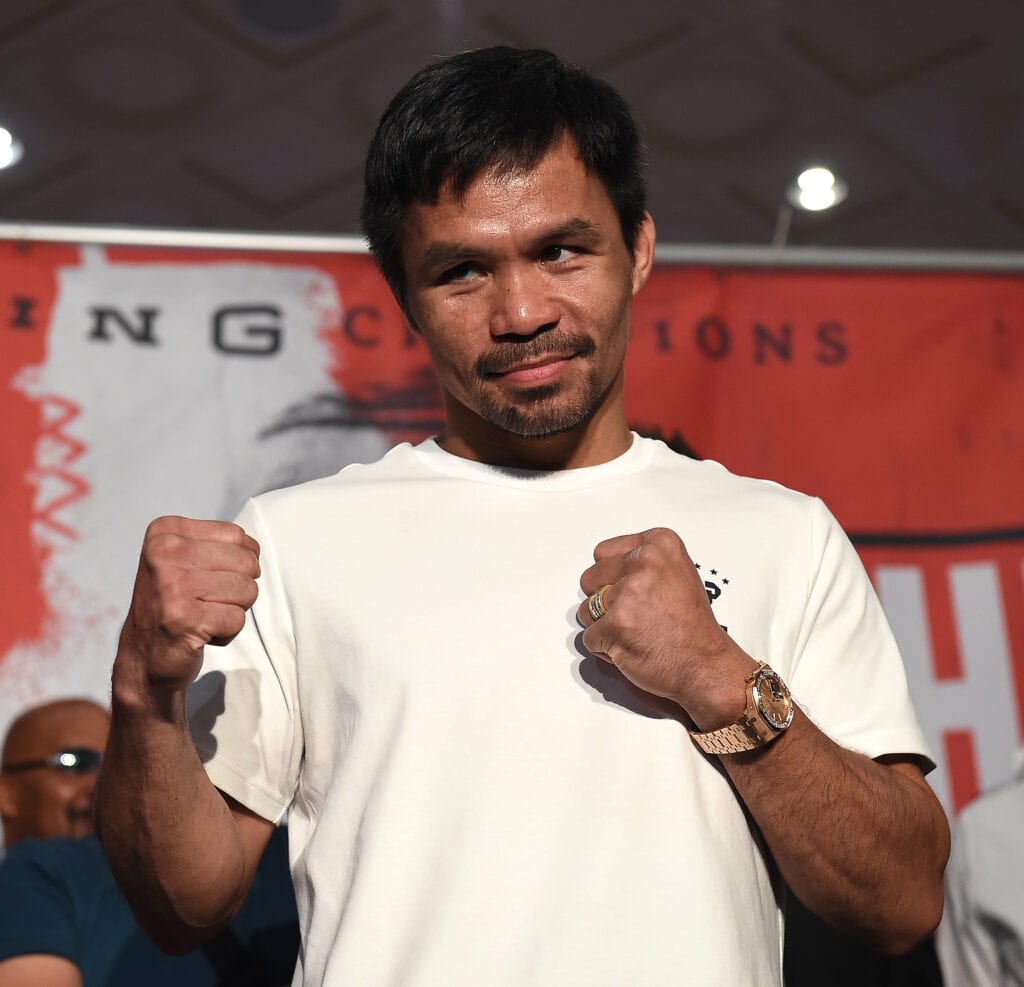 ESPN’s Kim on Pacquiao-McGregor fight: “I say it happens”

With fights being postponed left and right due to the worldwide pandemic of COVID – 19, we need to start looking to the future, when boxing will actually resume and potential mega-fights that could happen.

And, that includes the possibility that eight-division and current WBA Welterweight World Champion Manny Pacquiao could end up across the boxing ring from UFC Megastar Conor McGregor.

This subject was a topic on our most recent Big Fight Weekend podcast where BigFightweekend.com senior writer, Marquis Johns, and I were joined by Barry Tompkins of “Showtime Boxing” and Steve Kim boxing insider of ESPN.com.

In particular, Kim had very interesting comments about the likelihood of Pac-McGregor actually happening and when.

You can hear the podcast by clicking below:

“I’ve actually been told that’s the plan. Now, look, Manny has a way of changing his mind quite liberally, but there’s a reason why he signed with this organization (Paradigm Sports of L.A.)… Look, the ‘M’ in Manny stands for ‘Mercenary.’ He wants to make the biggest score…. He’s probably searching now for events that can bring him 9-figure paydays.

What else is out there that is considered relatively safe, that could procure that type of payday. From a theoretical standpoint, it could be Connor McGregor.”

As we have written, the Pacquiao-McGregor fight possibility has been rumored since Manny signed with Paradigm last month, which is McGregor’s PR agency.

The 41 year old Pacquiao hasn’t been in the ring since he defeated unbeaten Keith Thurman in July of last year, and has had to wait for an opponent through the first three months of 2020, with nothing signed. And now, the Coronavirus has muddied everything in the short term future.

As for McGregor, he defeated Donald “Cowboy” Cerrone by first-round TKO on January 18th. He is 31 years old, the UFC’s most marketable star, and, his flamboyant “Muhammad Ali-like” promotional personality would definitely sell hundreds of thousands of pay-per-views on that alone.

There is also the debate about whether Manny is still contractually tied to Premier Boxing Champions for at least his next fight, if not the next two of them after signing a deal with PBC for his last two Pay per Views? Eddie Hearn of rival Matchroom Boxing contends that Pacquiao’s representatives (of which there are numerous) have told him that “Pac-man” is free to do a deal with him and a possible PPV.

And, Hearn might Pacquiao to fight later this summer in Saudi Arabia against Mikey Garcia.

However, that fight is worth a fraction of what a possible Manny-McGregor fight would represent.