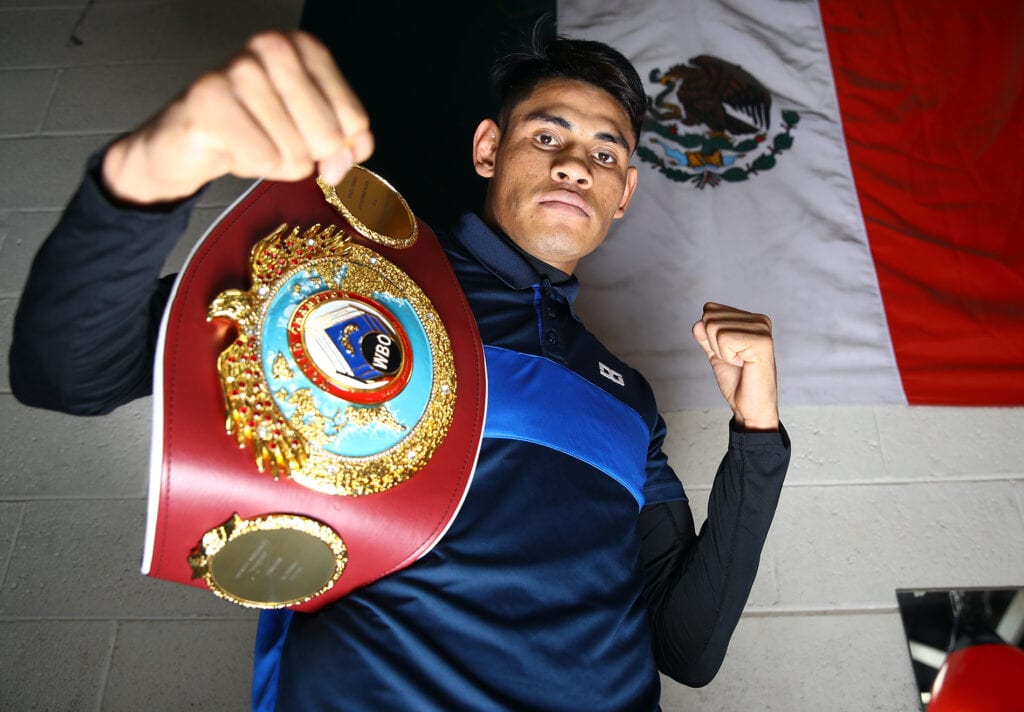 The WBO champion at 122 pounds, Emanuel Navarrete, intensified his preparation before the possibility of returning to the ring in June and ruled out the view that fighting without an audience is something negative for him. In fact, he chooses to see it as a golden opportunity in the middle of the coronavirus pandemic.

Speaking with ESPN Deportes, Navarrete, 31-1, 27 KOs, has been in the gym preparing for the contest and explained how he’s been staying active.

“I have been training for about a month and a half inside the house and right now I am going to start making the most intense preparation to get to the fight well and hopefully everything will turn out well. It has been a special preparation since quarantine is complicated, but I hope everything goes well, “Navarrete said in a chat with ESPN KnockOut.

“It is complicated all this of the pandemic, but I am going to take advantage of this opportunity that they are giving me and that my rival and I are doing well, they have not confirmed who I am going to face, but I hope that we will all succeed,” said Navarette.

Navarrete, who has scored a KO in all five of his title defenses, is one of the fighters who have been called by Zanfer Promotions to revive boxing from the TV Azteca studios in Mexico City.

The project, which was intended to start on June 6, is still awaiting approval by the sports and health authorities after the announcement that staging sport behind closed doors is not possible until June 15.

“This fight is going to be above the division in which I am champion. We are fighting one more in 122, we do not know one hundred percent, but we will see what can happen,” said Navarrete.

Navarette has stated before in the past that he may possibly move up in weight after cleaning out the division. This upcoming contest at 126 will be to test those waters next month.

Tarver put Jones lights out in 2004
Fury lists heavyweights he wants to face
Advertisement
To Top
We use cookies to ensure that we give you the best experience on our website. If you continue to use this site we will assume that you are happy with it.OkPrivacy policy