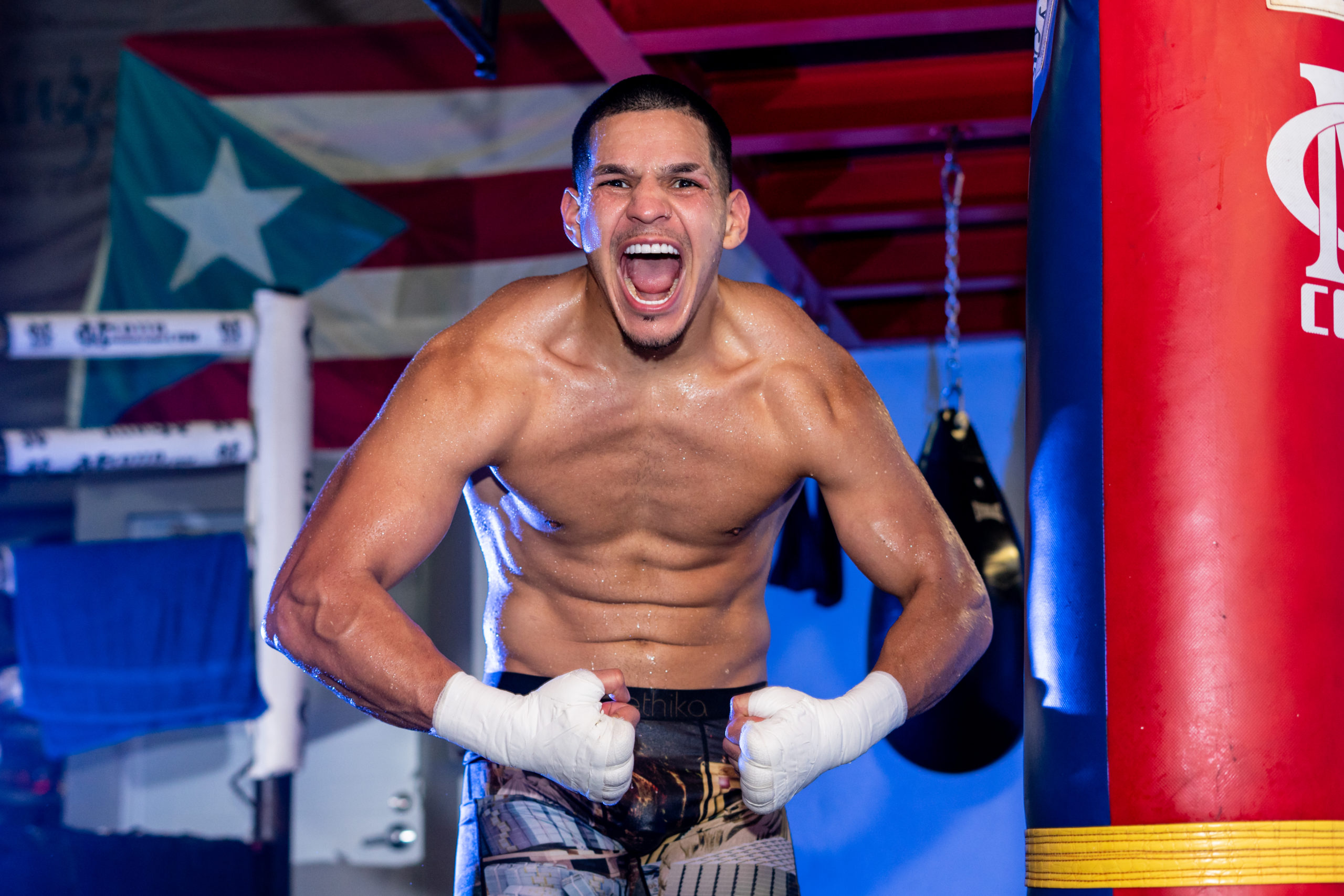 Edgar Berlanga Ready To Headline In NYC Again In June

Puerto Rican super middleweight contender Edgar “The Chosen One” Berlanga is switching things up. Berlanga (19-0, 16 KOs) has moved training camp from the friendly New York City confines to his family’s homeland as he seeks recapture the knockout power that saw him score 16 straight first-round knockouts to begin his career.

This is what Berlanga said ahead of his stiffest challenge to date.

“On June 11, I will give my Island a big win on the eve of the Puerto Rican Day Parade. I am are ready to win big for all my Boricuas. This is a dream come true for me. I’m very excited and can’t wait to get in the ring in Madison Square Garden, just like Tito and Cotto used to do. Those are some pretty big shoes to fill, and it will not be easy, but I’m up for the task and I’m ready to do my own thing and put on a great show for all my people.”

“This fight will be big for my career. I’m ready to show up and show out as the new face of all Puerto Rican boxing. With this fight, I will set the tone and show everyone what I’m capable of. I have to win big and I will. Get ready for some fireworks.”

The 24 year old Berlanga (19-0, 16 KOs), is already one of the biggest ticket-sellers in New York City. In March, a sold-out crowd of 5,158 packed the Hulu Theater for his step-up fight against Steve Rolls, which he won by unanimous decision. Berlanga burst onto the scene with 16 consecutive first-round knockouts to start his career, a ferocious run that captured the imagination of fight fans.

The streak ended in April 2021, although Berlanga sent Demond Nicholson to the canvas four times in eight rounds. He survived a gut check later in October last year, overcoming a torn biceps and a trip to the canvas to defeat Marcelo Esteban Coceres. Berlanga is currently the WBO No. 7-ranked super middleweight contender and can edge closer to a world title shot with a victory over Angulo.

“It feels great to train in Puerto Rico. We decided to do training camp on the Island because we knew that we had a big task ahead and we needed to be fully focused. As I said, I want to win big. This has been one of the best decisions I have made. It’s great to feel the support from the fans. That actually motivates me even more. I’m so ready! I can’t wait!”