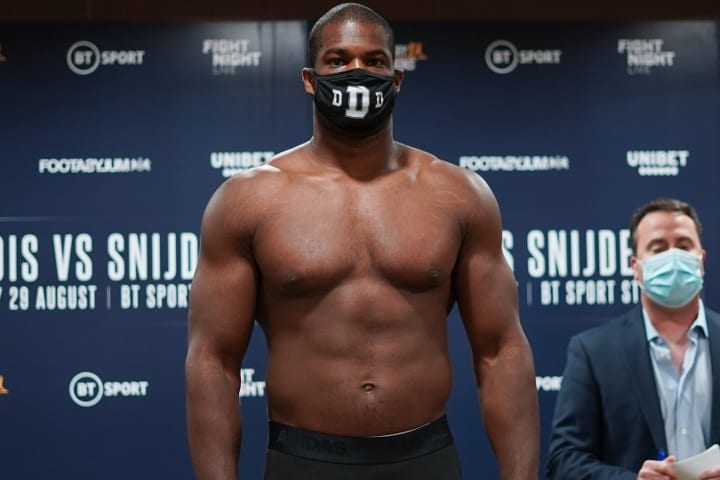 Dubois blows out Snidjers in two

Daniel Dubois had an obstacle in the way before a potential mega-fight matchup against fellow unbeaten, Joe Joyce and had a little resistance against late replacement Ricardo Snijders who was disposed of in two rounds.

The undefeated (now 15-0, 14 KOs) Dubois knocked down Snijders four times in just over 200 seconds of action before referee Marcus McDonnell mercifully ended the bout that felt like it went 120 seconds too long.

We wrote leading into the fight who Dubois was looking to make a statement for the contest, and while he did what he had to do, this honestly was a legitimate waste of time.

Now on to the big one with Joe Joyce 🙌 pic.twitter.com/AittLsob1A

“I was just getting warmed up. I was excited to be out there again and, hopefully, next time I will have a proper fighter in there with me, Joe Joyce or whoever is next,” Dubois said after the fight. “I needed a fight, any fight. This was perfect, just getting in and out, and I enjoyed.”

Don’t believe me. Just take the words of World Flyweight title challenger Jay Harris, who was watching the contest with these thoughts:

Daniel Dubois has had shits longer than that fight

Jake Donovan of Boxingscene.com stated that late replacement Snijders would’ve had a problem with veteran actor Ja’Net Dubois from “Good Times” sitcom fame, let alone the prospect Dubois. One thing that was apparent in the fight was that Snijders looked like he didn’t belong in the ring for this one, and that was apparent from the opening bell.

Forget Daniel Dubois, not even sure I’d have liked Ricardo Snijders chances against Janet Du’bois pic.twitter.com/nZS21O4mmp

So that’s now that this tune up is out of the way, and Joyce with his, let’s hope the next fight for both of them is against each other in the next 2-3 months in what will be much more interesting for both.

Tyson Fury To Be Part Of BT Sport Saturday Night Coverage
Tyson Fury To Joshua- “Grow A Pair Come See The Champ”
Advertisement
To Top
We use cookies to ensure that we give you the best experience on our website. If you continue to use this site we will assume that you are happy with it.OkPrivacy policy