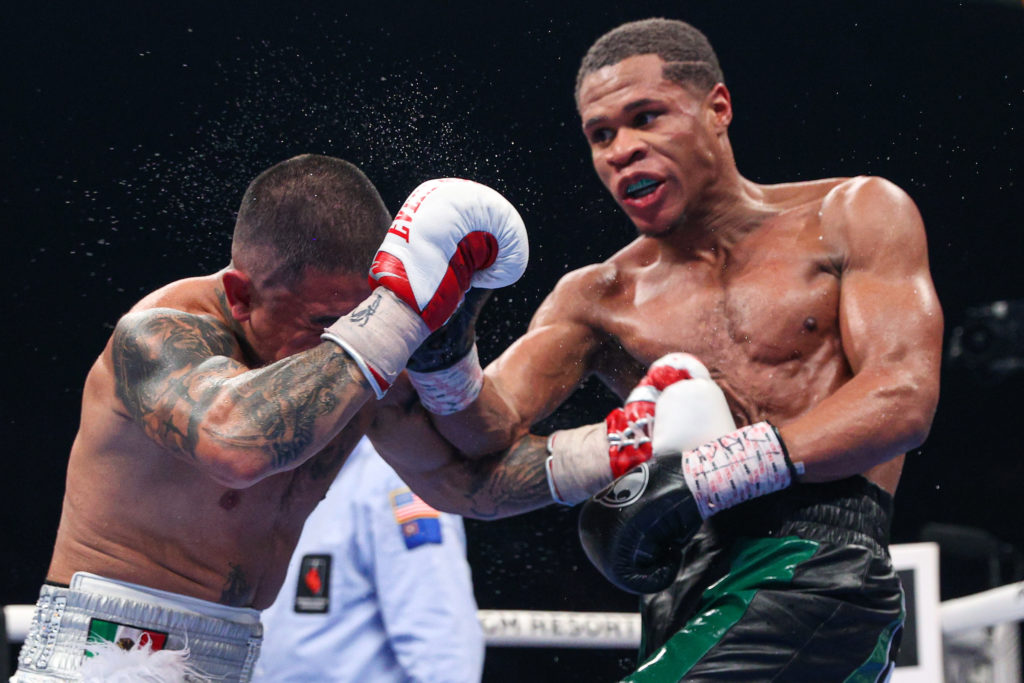 The main event from the MGM Grand Garden Arena in Las Vegas on DAZN was the latest defense for Haney, who was last seen in action beating Jorge Linares in May.

The fight started with both fighters met with a smattering of boos in the opening round of this title fight. Part of that was because nothing was going, another part was that nothing was happening after nearly a forty-minute break of nothing from the co-main event. Once the boos subsided, Haney seemed to have the upper hand of Diaz being one step ahead of him in footwork.

All respect between Devin Haney and JoJo Diaz after the fight 🙌#HaneyDiazJr pic.twitter.com/bnpMkeWwD4

The second round looked to be more of the same as Haney was being more active and keeping Diaz off balance. Diaz was able to have some success as he could find a way to get inside on Haney, as it was his gameplan going into the fight due to his reach disadvantage.

By the middle of the fourth round, Diaz finally got Haney to land a shot to the body. It was easily his best round of the fight, but that was short-lived as his punch output slowed down by the fifth round. This was due to both looking to attack and focusing on attacking the body.

Diaz had a good seventh round and started with a left hand that got a grin from a hurt Haney. Interesting broadcast conversation with Devin’s father and trainer Bill stating that they had bought “a lot of people out to support Haney”  during this round that was audibly and clearly in support of any footstep Diaz made in this contest. Despite Haney’s lack of hometown feel, he was seemingly able to be a step ahead of Diaz boxing-wise.

Diaz needed a big round in the fight and had a few good moments to close out the ninth. At this point of the fight, the story of Haney using his jab and reach advantage over Diaz, who could only do his best and attack when he closes off the ring. The last round of this fight was an interesting one to close it out as Diaz found success early and stunned Haney for a moment, but Haney was able to regroup and fire back.

This was an entertaining fight and a great performance for Haney, who looked good but so did Diaz in a fight he may not have given enough moments to win rounds in this one. Haney stated that he’d “go to Jupiter” if he had to take on George Kambosos’s attendance for this fight. We’ll see who is next up but Haney on this night looked solid.