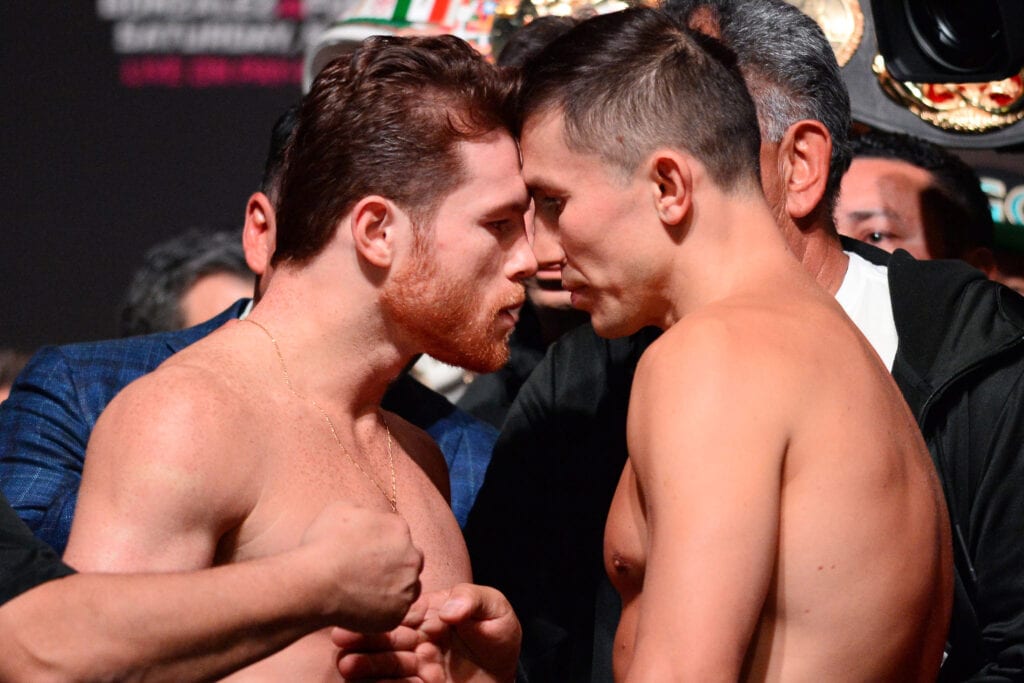 If there is any hope for the trilogy matchup between Canelo Alvarez and Gennadiy “GGG” Golovkin, Golden Boy Promoter Oscar De La Hoya provided it on Tuesday.

In an interview with Steve Kim of ESPN, De La Hoya gave what was a somewhat hopeful sign when asked if we will get the third fight between the two.

“I strongly feel that we will see a third fight,” De La Hoya told ESPN.”I strongly feel that being the warrior that Canelo is, and obviously ‘GGG’ being willing to fight Canelo, again I think the demand is there from the fans. I don’t know how soon we’ll see it, but I think eventually we will.”

The how soon is the million-dollar question?

Both signed with streaming service DAZN and were initially slated to fight this year before talks between both sides broke down over the summer. Alvarez since then has voiced his displeasure with Golden Boy Promotions after being stripped of the IBF Middleweight title last week.

I'm very upset and ashamed with my fans, to be unfairly stripped of my belt by the IBF, but specially when i did not have the knowledge of the agreement that GBP match maker had signed.

Golden Boy Promotions President Eric Gomez has stated that the final call on the matchup solely rests in the hands of Alvarez if and when we will see a third fight.

“It’s up to [Alvarez], Gomez told ESPN. “He has a win over [Golovkin], and it’s totally up to him if he wants to do it or not. He has said in the past that if that’s the fight that the fans really want, he’ll do it. He’s done it before, but it’s totally at his discretion, whenever he wants to do it.”

Gomez declined to comment on the company’s relationship with Alvarez or if they have patched things up from last week’s social media outburst. He did, however, provide the assurance we’ll see Canelo in the ring again soon.

“[Alvarez] wants to fight before the end of the year, and we’re working on that right now,” Gomez said to ESPN. “There’s a few possible opponents; we’re hoping to have news very soon.”

Golovkin currently is nearing a deal with Sergiy Derevyanchenko for October 5 for the IBF belt Alvarez just was stripped of.

We’ll see what name Golden Boy works for Alvarez to face in the meantime. One thing that is being made clear is: that while we can “hope” for the third fight, Canelo has to want it first.