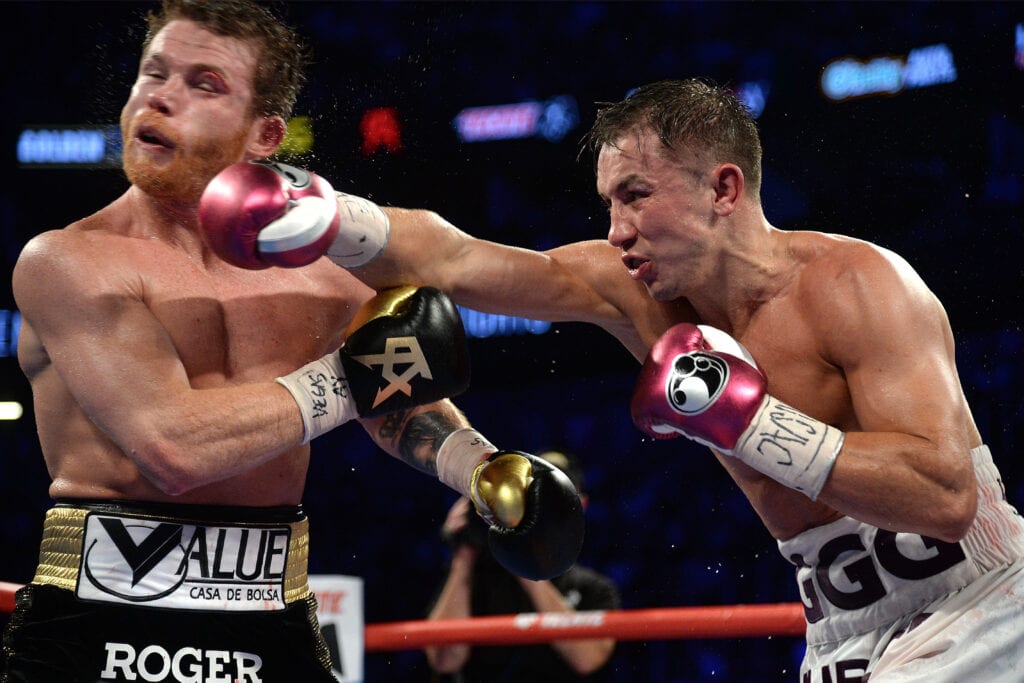 The Unification Middleweight title battle between Gennady Golovkin and Japan’s Ryota Murata is back on officially. And, the broadcaster for the event got everyone revved back up for “Triple G’s” quest to conquer a fighter in the Far East and garner another Middleweight world championship. Also, in the process, Golovkin looks to secure his trilogy bout with Canelo Alvarez for this September.

Triple G, 41-1-1 and the former, dominant Unified Middleweight champ of the 2010s will turn 40 in April, as well. Further, he knows his clock is ticking on getting back on the biggest stages with this bout and another looming.

He lost his versions of the Middleweight crown on a tight decision to Canelo in September 2018. But, now he has a chance to get back in front of the fellow future Hall of Famer Alvarez later this year, too.

First, Alvarez was stripped of the IBF portion of the championship in the Summer 2019 for failing to fight Sergiy Derevyanchenko, Golovkin jumped at the chance to a world title back by fighting the Ukrainian #1 contender for the vacant belt later in October of that year.

It was a hard-fought competitive battle that saw Triple G take a lot of punishment, yet still emerge victorious by decision to recapture a portion of the Middleweight crown in a division that he ruled from 2012-18 as WBA champ, then adding WBC, and then, also securing the IBF belt the first time.

After the Covid 19 shutdown of the sport for almost 90 days in the Spring of 2020, Triple G finally fought his long-delayed IBF mandatory battle with Poland’s Kamil Szeremeta that December 202 and scored an impressive, if not expected, 7th round KO. He hasn’t been in the ring, again, to this point.

So, it’s a two+ year layoff for him headed into this bout. Still, it’s a battle in boxing crazed country against one of the formerly top names “pound for pound” in the sport since 2015.

Meanwhile, the biggest fight “in play” is if GGG can get the win in Japan, he’s agreed to meet Canelo in the trilogy bout for them this September.