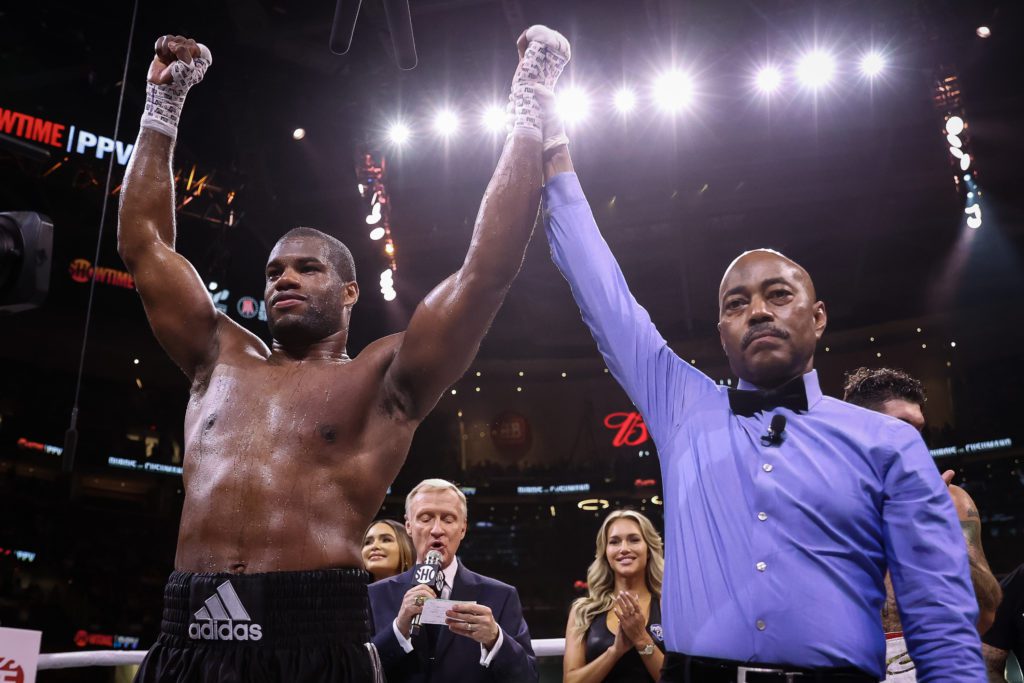 Promoter Don King and WBA “regular” titlist Daniel Dubois have settled the lawsuit Dubois filed against Don King Productions in circuit court in Broward County, Florida, in which Dubois alleged breach of contract because King’s company failed to pay him for his most recent bout.

England’s Dubois knocked out Trevor Bryan to win the WBA “regular” heavyweight title on June 11 in Miami on a card King promoted because he won a purse bid to secure promotional rights. However, Dubois sued King in early August claiming he had not been paid. On Tuesday, they reached a settlement.

“We have settled and Dubois will be paid in full,” Leon Margules, Dubois’ lawyer, told Fight Freaks Unite and Big Fight Weekend.

Margules said that he would seek a dismissal of the case in the coming days once the accounting is settled.

As we wrote exclusively last month, Dubois’ purse was due to be $1,402,200.45, his 45 percent share of King’s winning $3,116,001 purse bid. Dubois sued DKP in South Florida for between $938,274.32 and $463,274.32 and will receive a figure at the lower end of that. This is because, according to Margules, King paid Dubois’ IRS bill, which is typical for promoters to withhold from the purse of a foreign fighter, and he also handled Dubois’ obligation to pay the WBA sanctioning fees. King had credit for another $475,000, which was what Dubois and his promoter, Frank Warren, were getting for the U.K. broadcast rights.

The main issue was King claiming that Warren owed him $200,000 or so from deals from many years ago, even though King never sued Warren for that money and the contract for the fight was between DKP and Dubois, not Warren.

Earlier this month in a video interview with IFL TV, Warren vehemently denied that he owed King any debt. And, he further, pointed out no matter any dispute King might have with him, he is not Dubois’ manager but rather his promoter who had no involvement in the June bout. And, therefore, King couldn’t just with hold any monies due to the fighter.

Josh Taylor/Demetrius Andrade Both Vacate World Titles
WBA Lets Santa Cruz Out Of Wood Defense- Can Fight Vargas
Advertisement
To Top
We use cookies to ensure that we give you the best experience on our website. If you continue to use this site we will assume that you are happy with it.OkNoPrivacy policy