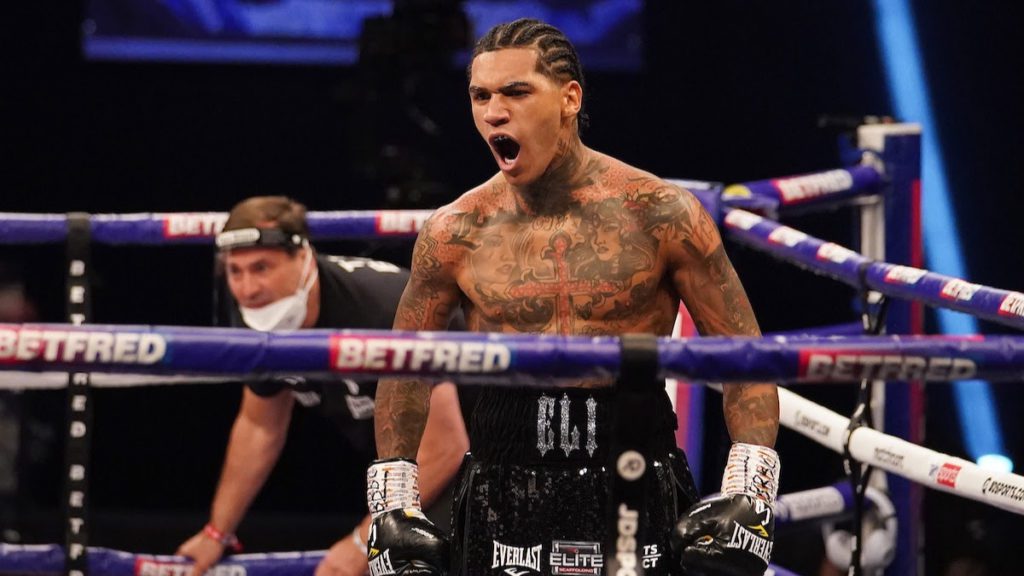 Conor Benn ‘Hungier Than Ever’ For Granados

Conor Benn is aiming to take another step towards a World Title shot when he puts his WBA Continental Welterweight Title on the line against Adrian Granados at the top of the first week of Matchroom Fight Camp in Brentwood, Essex on Saturday July 31, live worldwide on DAZN.

‘The Destroyer’ lived up to his name last time out in April when he took just 1 minute and 20 seconds to wipe out Samuel Vargas inside the opening round and improve his unblemished record to 18-0 with twelve knockouts, sending out a brutal warning to his Welterweight rivals.

The rapidly improving 24-year-old has promised more fireworks when he meets Mexico’s Granados – a 33-fight veteran who is no stranger to boxing’s biggest platforms having gone the distance with former two-time Welterweight World Champion Shawn Porter and former multi-division World Champion Adrien Broner in losing efforts.

“Last time out – big statement,” said Conor Benn. “Would I have liked to get more rounds in? Of course, but I’m not going to complain about knocking him out in one round! I was straight off to have my Ruby Murray. I’m looking for world honours. I’m knocking on the door for World Titles. For me to be headlining the first Fight Camp show, live on DAZN, is a blessing. Entertainment is what you’ll get from me. Value for money. Expect fireworks every single time I fight. I don’t care who you are, nobody wants to watch a boring fight. I’m here for a good time, not a long time.

“I’m interested to see how much further we can go. Do I believe I can win a World Title? 100%. There will always be critics. There will always be naysayers. It’s impossible for them because that’s their mindset. That’s why they sit on social media projecting their faults. I don’t think anything is impossible. If I wanted to switch and do whatever it is – it could be absolutely anything – I’ll make it successful. It’s not just boxing. It’s my mindset, it’s what I do.

“I’ve had a target on my back ever since I turned pro because my dad is Nigel Benn. It’s as simple as that. ‘The Dark Destroyer’, the legend. People like to call me silver spoon, but I’ve chosen the hardest sport in the world. I don’t have to be here. I have everything to lose. I’m a winner – all round. Of course I want the big fights. I want to be the best fighter in Britain – which I believe I am. The rankings don’t lie and I’m number one.

“We’ve seen all of the Mexicans come over around derail some of the Brits. It’s about time I set the score straight. Granados presents a different struggle. He’s saying he wants to box and all of that. Alright then mate – try me. He can prepare for King Kong, he can prepare for whoever he wants, it doesn’t bother me. Do what you’ve got to do. Do what you want. Prepare how you want. It isn’t going to make any difference come fight night. I’m up for it – more than ever. I’m hungrier now more than ever, and if he thinks I’m going to let him get in the way of me getting my World Title he’s got another thing coming that’s for sure.”