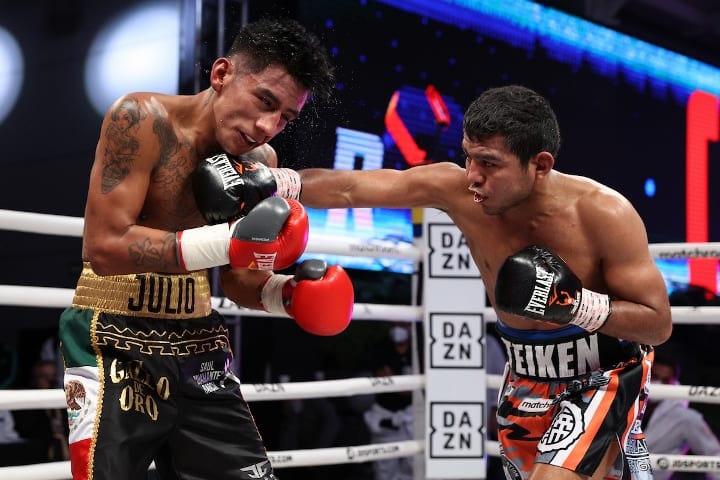 On Sunday night Roman “Chocolatito” Gonzalez, one of the most exciting, big punching, smaller weight fighters in the world arrived in Texas for his upcoming rematch and Unified Super Flyweight Title showdown with Juan Francisco Estrada.

The Nicaraguan born Chocolatito has been training in California recently in preparation for the WBA/WBC 115 lb. showdown and came to Dallas-Fort Worth in style,

The American Airlines Center, which is the home of the Dallas Mavericks of the National Basketball Association and the Dallas Stars of the National Hockey League will be the location and an increased number of socially distanced fans will now be be allowed for Saturday night’s card.

This after Texas Governor Greg Abbott announced last week that businesses could open to 100% capacity due to declining numbers of infections, etc. in Coronavirus statewide.. Matchroom will update later in the week what it means for seating capacity for the 19,000 seat arena?

The WBC 115 lb. champ Chocolatito, 50-2, 44 KOs and the WBA belt holder Estrada now, 41-3, 28 KOs  fought previously, eight years ago with Gonzalez coming out on top in a unanimous decision.

Both fighters fought last October on the same show with no fans present in the Mexico City TV Azteca studios. Chocolatito used his experience, aggressive style and hard punching (photo top) to wear down and pull away for an easy decision over Israel Gonzalez over 12 rounds.

Estrada, meanwhile, did not have the same reasonably easy night. This, as he had to get off the deck in the third round to retain against Carlos Cuadras by scoring an 11th round TKO. In a bout that was a candidate for “Fight of the Year,” Cuadras had Estrada down early and in trouble a couple of other times before Estrada’s volume of punching finally wore down the challenger.