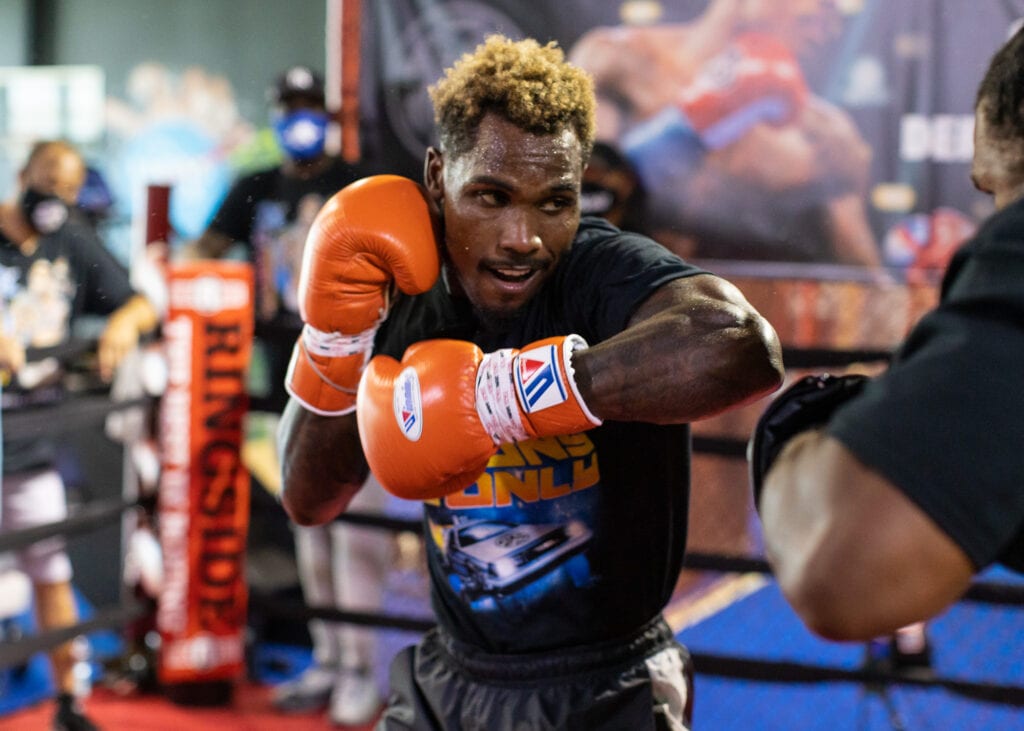 Charlos To Be Honored In Houston Wednesday

With the anticipation building for WBC Middleweight Jermall Charlo’s upcoming title defense in his Houston hometown Saturday night, he and his twin brother Jermell will be honored by the city Wednesday.

First, Jermall Charlo posted Monday evening on Instagram that he’s eager for this week to unfold, as it culminates with his latest title defense at the downtown Toyota Center against Juan Macías Montiel.

And on Tuesday it was announced that Jermall and Jermell would be honored by Houston Mayor Sylvester Turner with a proclamation to the city, as part of the build up.

As we wrote previously, Jermall Charlo is expected to dispose of Montiel fairly quickly and easily, when he gets back into the ring and is eager to do so in front of his hometown. He said then,

“June 19, it’s going to be fireworks. A parade. A celebration,” Charlo said. “It’s a dream come true to be able to fight in my city and I get a chance to do it with a crowd. Tune in and get your tickets because it’s going to be a great night of boxing….I’m going to whoop his ass. He doesn’t stand a chance. They’re all confident. I got the belt. The belt ain’t going nowhere. Toyota Center, get ready.”

Charlo, 31-0, 22 KOs, gets will make the fifth defense of his WBC 160 lb. title and his first since he decisioned Sergiy Derevyanchenko in September the Premier Boxing Champions/Showtime “bubble” at the Mohegan Sun Casino in Connecticut. Charlo dominated one of the top Middleweight contenders in the world over 12 rounds and has been waiting for his next opportunity.

As for Montiel, he’s 22-4-2, but only 3-2-1 in his last six fights. That includes a quick KO loss to WBO #1 Middleweight Jaime Munguia in 2018. He did score a KO over veteran James Kirkland in December that put him in position for the Charlo shot.

Jermell Charlo will defend his three Jr. Middleweight World Titles next month in an Undisputed battle with WBO champ Brian Castano in nearby San Antonio, TX.