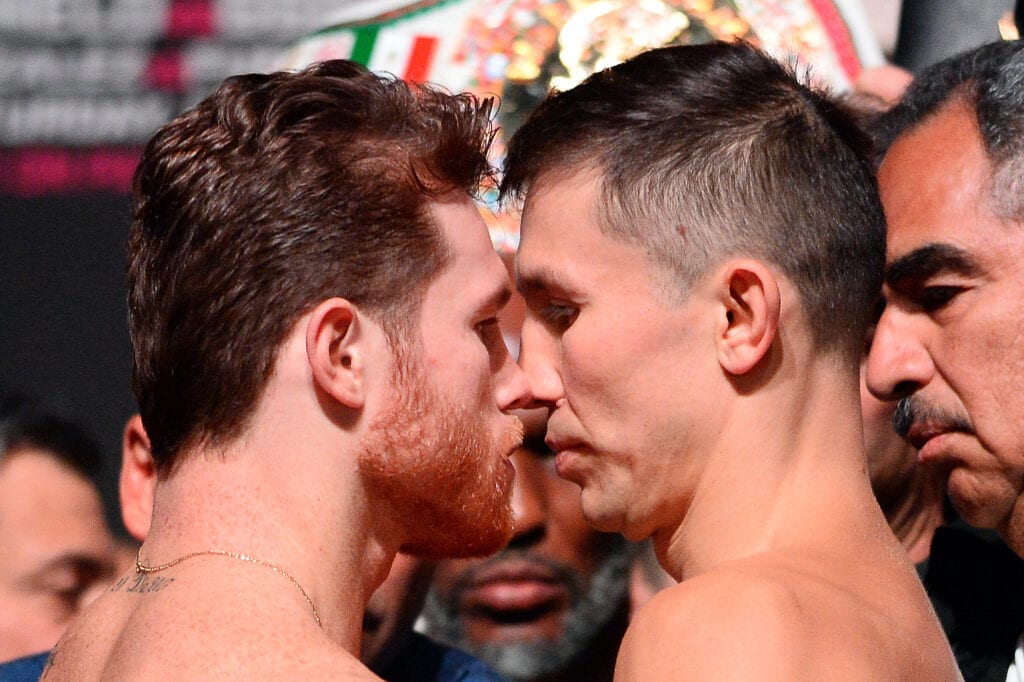 In the latest note of “The Big Drama Show,” Canelo Alvarez has once again put his foot down and stated his is foot down and does not have any interest in the third fight in Gennadiy “GGG” Golovkin anytime soon.

In a tweet from Mike Coppinger of The Athletic, Canelo stated that he was not interested in the third fight against Golovkin, despite the reports that Golden Boy Promoter Oscar De La Hoya says that the match will happen in 2020.

Canelo says he considers his business with GGG settled and he’s not motivated to fight him a third time. A reporter told Canelo that Oscar De La Hoya said he would fight GGG a third time. Canelo said Oscar says “many things that don’t make any sense”

De La Hoya said in an interview with the Los Angeles Times that the third contest could happen around Alvarez’s usual fight dates of May and September.

“You will absolutely see Canelo and GGG fight next year,” De La Hoya said to The Los Angeles Times.

“It could be in May or September, but that fight will happen. But Canelo’s fight against Kovalev is huge. I think it’s bigger than a fight against GGG. It’s a mega-fight. Kovalev has a real shot to knock him out and beat him, and people know that.”

Canelo, when asked about this, countered with “Oscar says many things that don’t make any sense.”

In the meantime, both are in separate fights upcoming. Canelo is moving up two weight classes to take on Sergey Kovalev on November 2nd. Golovkin is in action against Sergiy Derevyanchenko for the vacant IBF middleweight title that was stripped from Canelo back in August.

The assumption is once both wrap up their bouts is when this chatter will kick back up again. Both fighters have signed long term, exclusive deals to fight on the streaming service DAZN, and many assume this third fight will happen. While Oscar believes that this match will happen, Matchroom promoter Eddie Hearn, who is co-promoting Golovkin says they are currently exploring other fight options.

Garcia- Golden Boy Promotions make up with extension
Kendo Castaneda to headline in Reno
Advertisement
To Top
We use cookies to ensure that we give you the best experience on our website. If you continue to use this site we will assume that you are happy with it.Ok