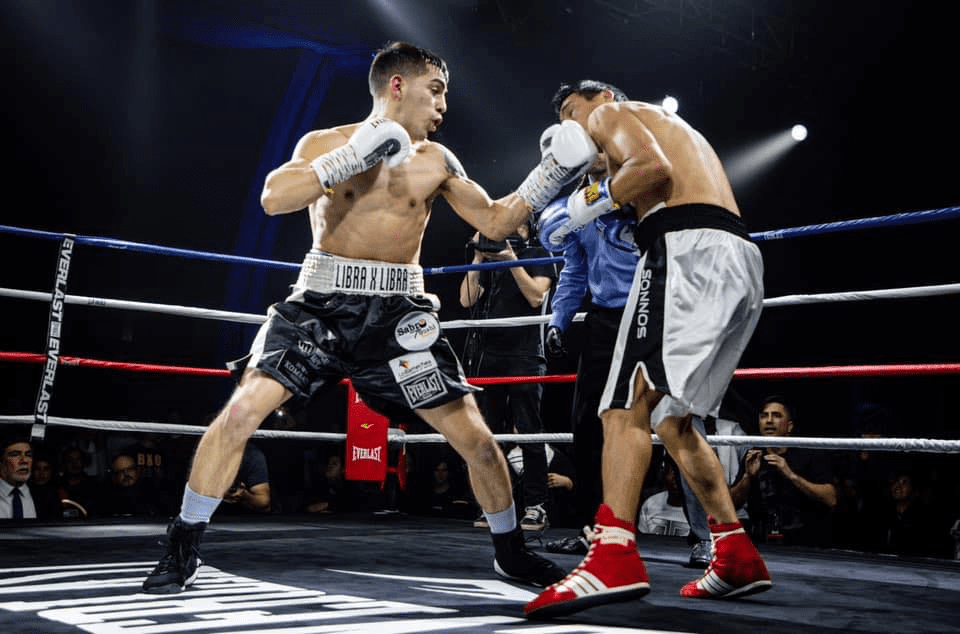 Campos ready to climb the ranks

The 23-year-old prodigy Andres “Crocodile” Campos, 9-0 and fresh off a Las Vegas training Camp with Australia’s Moloney Twins, has earned the number twelve position in the World Boxing Organization’s flyweight ratings. Campos earned that spot by defeating Pedro Villegas back in March in a contest in his native Chile the weekend the pandemic put a freeze on live boxing in the United States.

Campos helped prepare the Moloney twins for the recent fights at the MGM Grand’s Conference Center, as part of Top Rank’s summer series of events.

The undefeated WBO Latino and WBA Fedebol flyweight champion opened up about entering the world ratings, what it means to him and the future.

“Firstly I would like to thank President (WBO) Paco Varcarcel… el patron, my manager Tony Tolj and my promoter Nico “Maverick” Martinez for believing in me and making everything possible,” Campos stated.

“I spent the last 5 weeks in Las Vegas with Andrew, Jason Moloney and Jesse Rosales. They are all world-class boxers and I’m learning more and more every time. This was the best camp I have been a part of, I believe I have gone to another level.

“I know I need to be training and competing with this level of boxer. I’m now number twelve in the WBO flyweight division and the world title is vacant

“Our team in Chile we call the Latino Wolf Pac is getting better and better every time. Mascareña, Mederos, Cruzat and my Argentine brother Augustin Gauto. I am determined to become the first Chilean world boxing champion and bring hope to our country during this crazy time.”

Campos is a prospect out of the Dragon Fire Boxing camp I’ve been keeping an eye on and word of him sparring now with the Moloney twins while they were in Las Vegas for their fights inside “The Bubble” can only be a plus.

Australian Horn-Tsyzu bout set for August with fans
Evander Holyfield became Cruiserweight champ in 1986
Advertisement
To Top
We use cookies to ensure that we give you the best experience on our website. If you continue to use this site we will assume that you are happy with it.Ok