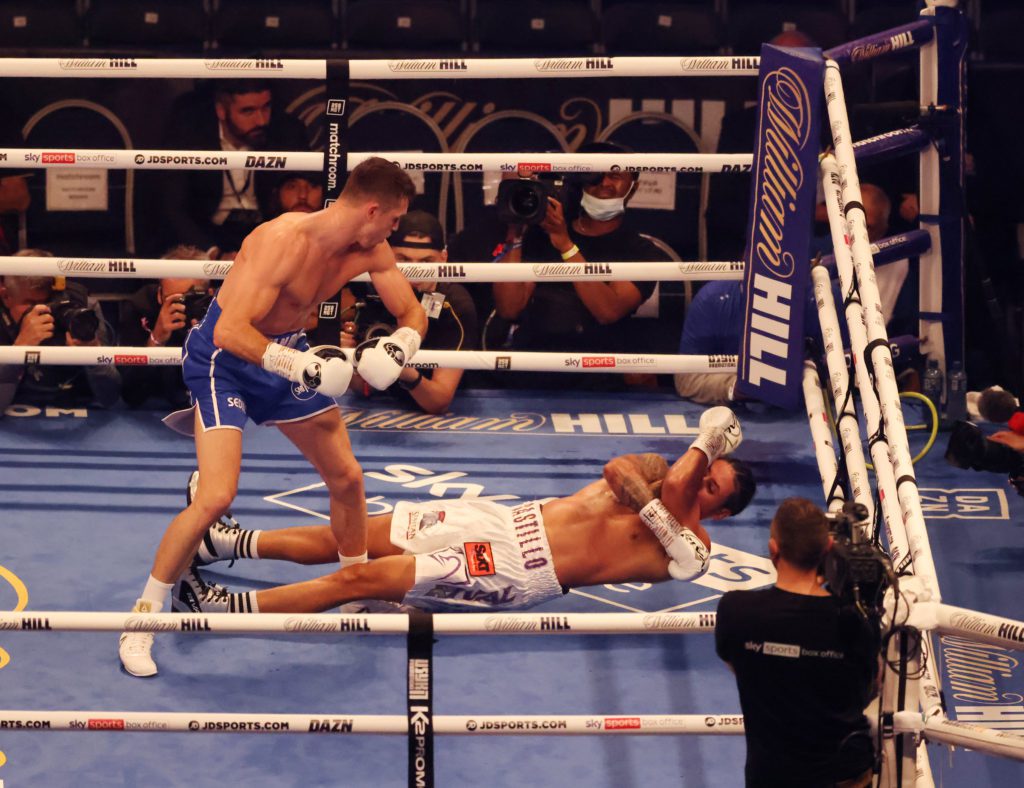 Callum Smith made his light heavyweight debut Saturday night against Lenin Castillo and made it a quick one as he got the stoppage win in two rounds.

The official time of the stoppage was 55 seconds of the second round of the contest that aired on the streaming service DAZN and Sky Sports pay-per-view from Tottenham Hotspur Stadium in London, United Kingdom.

For Smith (2801, 20 KOs), this was his first fight back in the ring since last December when he was defeated soundly by Canelo Alvarez in Texas. Since then, he has made up to 175 pounds and picked up a new trainer in Buddy McGirt. Castillo was last in action in his native Dominican Republic against Ronald Gonzalez but was more noticeable going the distance against current WBA light heavyweight champion Dmitry Bivol.

The 175 division is on notice! @CallumSmith23 becomes the first man to stop Castillo with a monster right hand! 💣 #SmithCastillo #JoshuaUsyk pic.twitter.com/eQS318jl0O

After a feeling out round in the first, The second round was the last of this one as Smith landed a huge right hand that stopped Castillo not only in his tracks but to his core as his legs were twitching horribly as he was on the canvas and quickly attended to medics. It was a brutal knockout, and you can see Smith mumble under his breath, “he’s out,” which was pointed out on the broadcast and the end of this fight.

After about 15 minutes in the ring being attended to, Castillo showed improvement to awaken a whole mum crowd started to make slight moving gestures and seemed to be okay. This was a concerning moment for the 33-year-old from the Dominican Republic and a reminder of the dangers the fighters take once the bell rings.

There were no post words or chatter from Smith as the significant point of concern on Castillo (21-4, 16 KOs), who we hope is okay. However, this was an excellent showing for Callum Smith as he looks to start another chapter in the ring at 175 pounds.