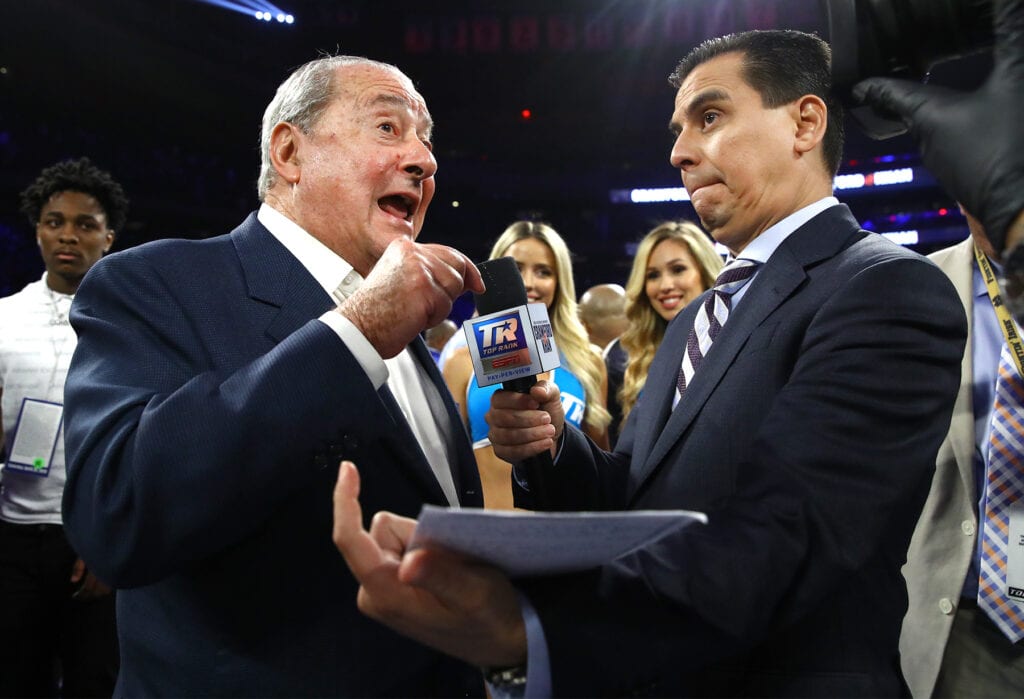 Business before best fights is bothersome

(With the Deontay Wilder-Dominic Breazeale WBC Heavyweight Title fight approaching Saturday night, David Payne wrote an item on his site, Boxingwriter.co.uk, and  wants to remind us that: “business” standing in the way of the best matchups is a growing aggravating trend.)

“I am a shadow of my former shadow. My day was decades ago.” –Ian Holm as Gilliam, Snowpiercer 2013.

The competitive chasm that yawns between the trio of heavyweight champions; Fury, Wilder and Joshua, and their respective guests in the next few weeks has served to anithetise fans previously stirred by Fury and Wilder’s fight back in December.

Back then optimism flowed freely. Fury’s boldness had holed the dam of pragmatism risk averse advisors use to contain the adrenalin and fervour good fights create and suppress the inherent courage of their fighters.

Alas that stream of positivity swiftly ran dry, as Messrs’ Hearn, Arum and Warren dutifully repointed the dam and further festooned the bleak artifice with the gargoyles of misdirection and obfuscation to mislead and deter those pursuant of change and those super fights.

Smiling, tailored men with expensive tans, continuing to sell a tired and withered narrative to both the gullible masses and those rebellious fringes. Parables about the need to marinate still further and all the reasons THE fight cant be made.

Their function is to protect and serve the asset, to sell a product, a brand and they do so explicitly, acknowledging their role, revelling in it. Of late, a new force, a nuanced adaptation of the tired cliches has been instituted. The transfer of power from promoter to fighter that Barry Hearn so clumsily referred isn’t entirely reflective of the dynamics of modern boxing relationships. Increasingly, boxing appears to be beholden not to the fighter, nor their manager or promoter, but purely the bigger financial picture.

A fighter’s ‘career’, or the business of his career, has become an entity in and of itself. By way of conspicuous example, the all too frequent references to ‘the Anthony Joshua business’ and the deployment of the phrase breathes life into this otherwise inanimate concept. This public deference to an intangible higher power, his earning potential, the long term plan, as something more precious even than the fighter on who’s shoulder’s it is built is a growing phenomenon.

Fighters at this exalted level don’t have the control Hearn’s words suggest, they are becoming servants to their own commercial value. If proving dominance, conquering the most dangerous opponents is not the most financially prudent step – on a risk reward basis (another phrase in the vernacular of this concept) – then a fight doesn’t get made. Often ever.

It is why Dillian Whyte didn’t accept a career best pay day to fight Anthony Joshua, its why Joshua, Wilder and Fury squawk and dance rather than bristle at the suggestion there is a man out there who is telling the world he’s the king. It’s why negotiations for Mayweather and Pacquiao lasted half a decade, why we grow trapped in an era of different viewing platforms recognising their own champions. Even the sanctioning bodies have become puppets to the whimsy of the stars who hold their belts and they in turn to the ’10 year plan’ to quote another frequent maxim offered by Hearn and his contemporaries.

The competitive spirit and pride of the fighter is increasingly marginalised, the business plan, the long term earning potential, with minimal risk, is the new, linear strategy. The new master.

Turnover spikes built on high risk are not considered. Fighter’s have become slaves to the pension pot, to the slow steady incremental growth of their wealth.

It is why boxing fans have the prospect of Wilder v Dominic Breazeale this weekend, the Anthony Joshua New York showcase against Andy Ruiz and the bewildering Tyson Fury match up with Tom Schwarz to ‘look forward’ too.

As has been said many times before. Nobody loved and revered Hearns or Leonard, Foreman or Frazier because they were wealthy. The love is earned, in the thunder of battle, the chaos and examination they afforded each other, because of their skill, their power, their brilliance and one wonders whether the current heavyweight trio, who have each other through which to forge their own story, will live to regret their cautious matchmaking.

Financial security is vital. But, regret can starve you too.