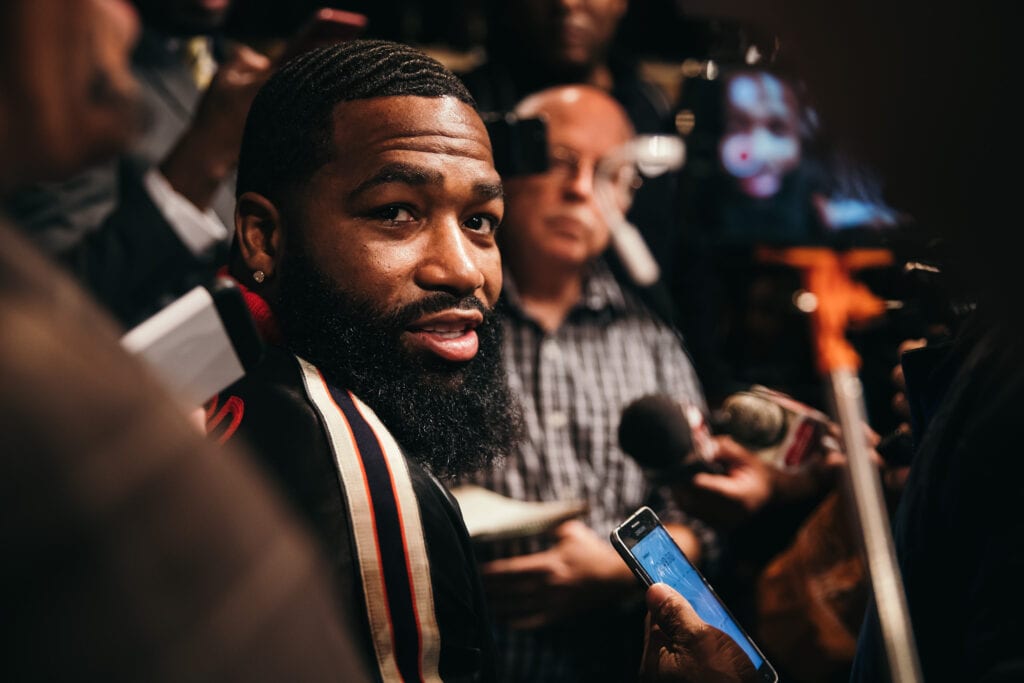 In a report from Cleveland.com, a Cuyahoga County judge has given four-division champ Adrien Broner probation after he pleaded guilty to misdemeanor charges in connection to allegations of a June 2018 attack of a woman at a downtown Cleveland nightclub.

Broner, 29, was set to begin trial on Monday on felony gross sexual imposition and abduction charges. Instead of going to trial, Broner pleaded guilty to the misdemeanor charges of assault and unlawful restraint.

As part of the plea deal, Broner received a suspended six-month jail sentence and placed on probation for two years. He also has to pay a $1,000 fine and reimburse the woman for more than $4,200 she incurred in medical bills.

A Cuyahoga County judge on Monday placed professional boxer Adrien Broner on probation after he pleaded guilty to misdemeanor charges in a June attack of a woman at a downtown Cleveland nightclub. https://t.co/7WGHggsct6

The 35-year-old woman told Cleveland police that she went to the Park Social Club, and at some point was sitting in the VIP section, when Broner came up to her from “out of nowhere,” and allegedly laid on top of her and started forcibly kissing her.

Broner’s attorney, Ian Friedman, said in a statement that the two were “very pleased” to put the matter behind him.

“While confident in a successful outcome at trial, Mr. Broner opted to accept the significantly reduced misdemeanor plea so that he could immediately return to focus on his professional career free from further distraction,” Friedman said to the media.

This was his second sexual assault case that Broner concluded in recent weeks.

Last month, prosecutors in Atlanta last month dismissed misdemeanor sexual battery and other charges brought against Broner in February 2018 after a woman had accused him of groping her outside a Louis Vuitton store at a mall.

Broner has been out of the ring since January and at one point claimed retirement after he lost a unanimous decision to WBA “regular” welterweight champ Manny Pacquiao at the MGM Grand in Las Vegas. The loss brought Broner’s record down to 33-4-1 with 24 knockouts.