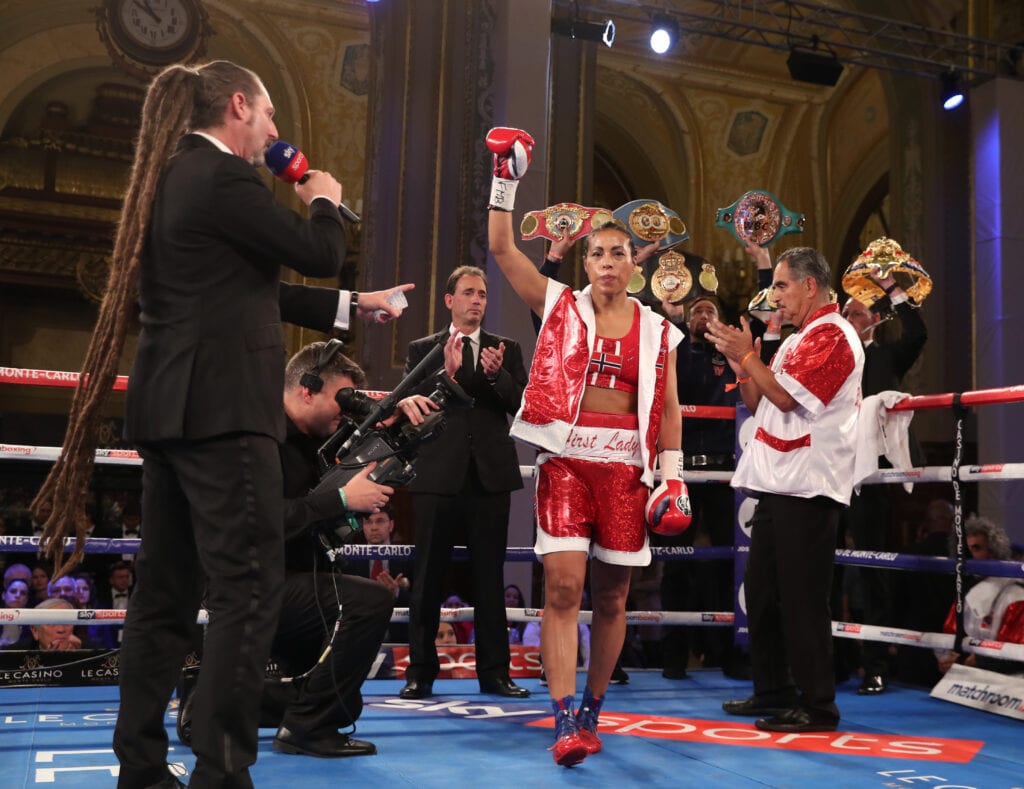 Brækhus arrives in Tulsa ahead of record bout

“The First Lady” Cecilia Brækhus arrived in Tulsa, Oklahoma, as she prepares to sit in quarantine before her title bout this Saturday, August 15th, as she defends her Undiputed 147 lb. titles against Jessica McCaskill.

Brækhus (36-0, 9 KOs), who has been in the United States training in Big Bear, California, meets McCaskill (8-2 3 KOs) with in mind that a successful defense will see her pass Joe Louis’ 72 year record of 25 straight successful World championship defenses.

Check out our conversation about this fight, including if she’s really breaking Louis’ record or not, with Keith Idec, senior writer of Boxingscene.com, joining us on the latest edition of our podcast below.

All of the fighters, including Braekhus, entered “The Bubble” in Tulsa Sunday night as they prepare for isolation and testing for the card that will take place in the streets of downtown Tulsa.

McCaskill speaking on the bout is looking forward to it as it will be one for the history books.

“The ultimate opportunity and reward in the fight is beating Cecilia, getting the belts and being in the history books. Then we’ll move on and things will be bigger and broader and we’re just continuing to look for the levels and the steps in female boxing,” McCaskill stated about the contest this weekend.

The event is being shown on DAZN, and yours truly has a contest that is picking winners this upcoming Thursday for a chance to see this record-breaking fight with a month for FREE! No gimmicks, no clickbait, click here for details sponsored by Joe Louis Bourbon.

PBC on Fox Saturday night ratings off to struggling start
Frampton now set to face Traynor Saturday
Advertisement
To Top
We use cookies to ensure that we give you the best experience on our website. If you continue to use this site we will assume that you are happy with it.OkPrivacy policy