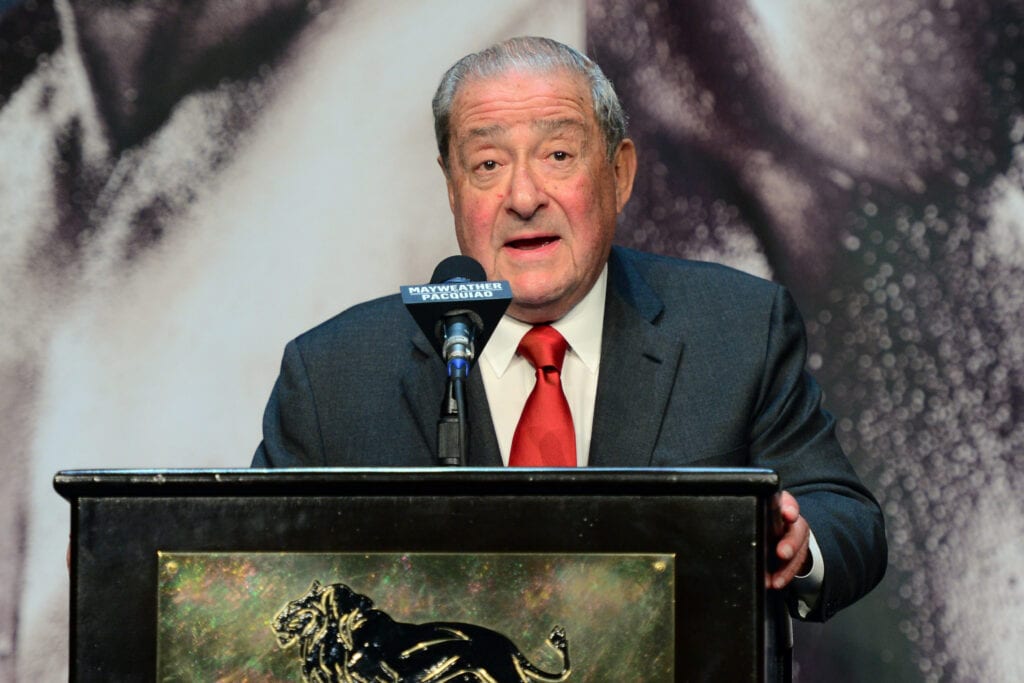 Just how many pay-per-view buys were there for the Errol Spence – Shawn Porter World Welterweight Title fight last Saturday night in Los Angeles? That is up for debate. What’s not is, current WBO Welterweight Champion Terence Crawford is still on the outside looking in for a possible mega-showdown with Spence.

And, Crawford’s promoter, Bob Arum of Top Rank Boxing, is making it no secret that the only Pay-Per-View fight he, Crawford and the boxing public believe in is a potential matchup with Spence.

First, earlier this week, The Athletic’s boxing insider Mike Coppinger, tweeted information that it looks like the Spence Porter fight would have in the neighborhood of at least 300,000 pay-per-view buys if not more:

Sources: The PBC on FOX PPV headlined by Errol Spence Jr. and Shawn Porter is tracking over 300,000 buys, with the final number generated expected to land under 350K. Strong business that cements Spence as a PPV attraction. His PPV with Mikey Garcia generated over 300K also

Arum, who admittedly isn’t objective when it comes to criticizing PBC, their fighters and the Spence pay-per-view, was on a podcast earlier this week disputing those pay per view sales numbers:

Simultaneously, Arum let it be known that even his own fighter Crawford’s pay-per-view with Amir Khan earlier this year at Madison Square Garden had fewer than 150,000 pay-per-view buys. And, that was at a lesser price than the Spence – Porter’s PPV last Saturday night.

So, we await more reporting or official confirmation of what Spence’s win did at the box office.

Arum’s overall point is that the “buying public” completely understands that the biggest fight that’s out there is: the unbeaten Spence vs. the unbeaten Crawford doing battle at some point.

However as we have repeatedly written, Crawford is on “the outside looking in,” as PBC intends to have Spence apparently fight contender Danny Garcia early next year. Then eventually go against seven division World Champion and future Hall of Famer, Manny Pacquiao,on a much larger pay-per-view in the summer of 2020.

Pacquiao has fought for PBC on Pay Per View already twice this year and accumulated over 1 million pay per view sales for his two wins over Adrien Broner in January and Keith Thurman back in June.