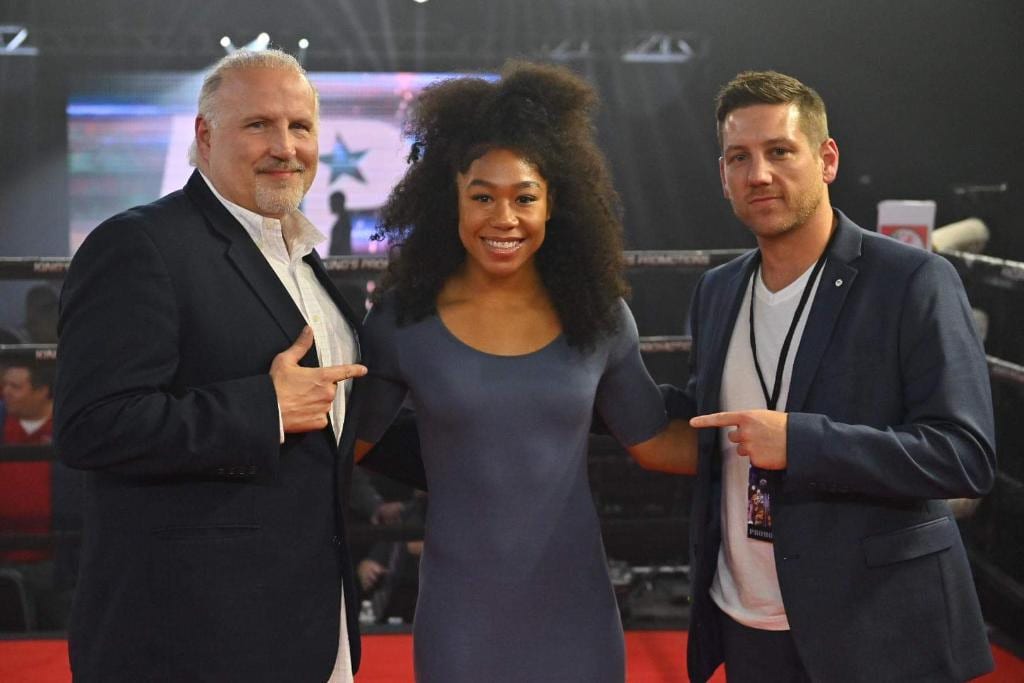 Baumgardner back in action in Harrisburg

Fresh off her win on November 2nd, lightweight Alycia Baumgardner will be right back in action on Saturday night, December 14th when she headlines against former world title challenger Christina del valle Pacheco an eight-bout card at the Zembo Shrine in Harrisburg, PA.

The card is promoted by King’s Promotions.

Baumgardner, 25 years old of Fremont, Ohio, has a record of 8-1 with five knockouts, has been a professional for over two years, and is coming off a six-round unanimous decision over Annette Pabello on November 2nd in Tampa, Florida.

Next Fight Date: 12/14 in Harrisburg, Pennsylvania

Pacheco of Cordoba, Argentina has a record of 11-12-2 with two knockouts.

The 39 year-old Pacheco is a 13 year-professional who in her last bout lost to Yazmin Rivas for the WBA Bantamweight title on November 10, 2018 in Tijuana, Mexico.

New King’s Promotions signee Carlos Vidal will also be in action in an eight-round lightweight bout.

Vidal of North Las Vegas, Nevada has a record of 15-0 with 14 knockouts. The 29 year-old is a three-year professional, and who owns a knockout win over Antonio Castro (5-1). Vidal is coming off a 2nd round stoppage of 54-fight veteran Jesus Ricardo Armenta on May 25th. Vidal’s opponent will be named shortly.

Undefeated heavyweight Michael Coffie (7-0, 5 KOs) of Brooklyn, New York will be in action against an opponent to be named in six-round bout.

Angel Rivera (5-1, 4 KOs) of Harrisburg, PA fights an opponent to be named in a cruiserweight bout.

Luis Morales (2-0) of Harrisburg, PA will take on an opponent to be named in a lightweight fight.

Stafford Weddeburn of Harrisburg makes his pro debut against Lawrence Gabriel (3-2-1, 2 KOs) of Syracuse, NY in a heavyweight contest.

Tickets for this outstanding evening are $25, $50 and $400 for VIP tables and can be purchased by clicking the Eventbrite page here.