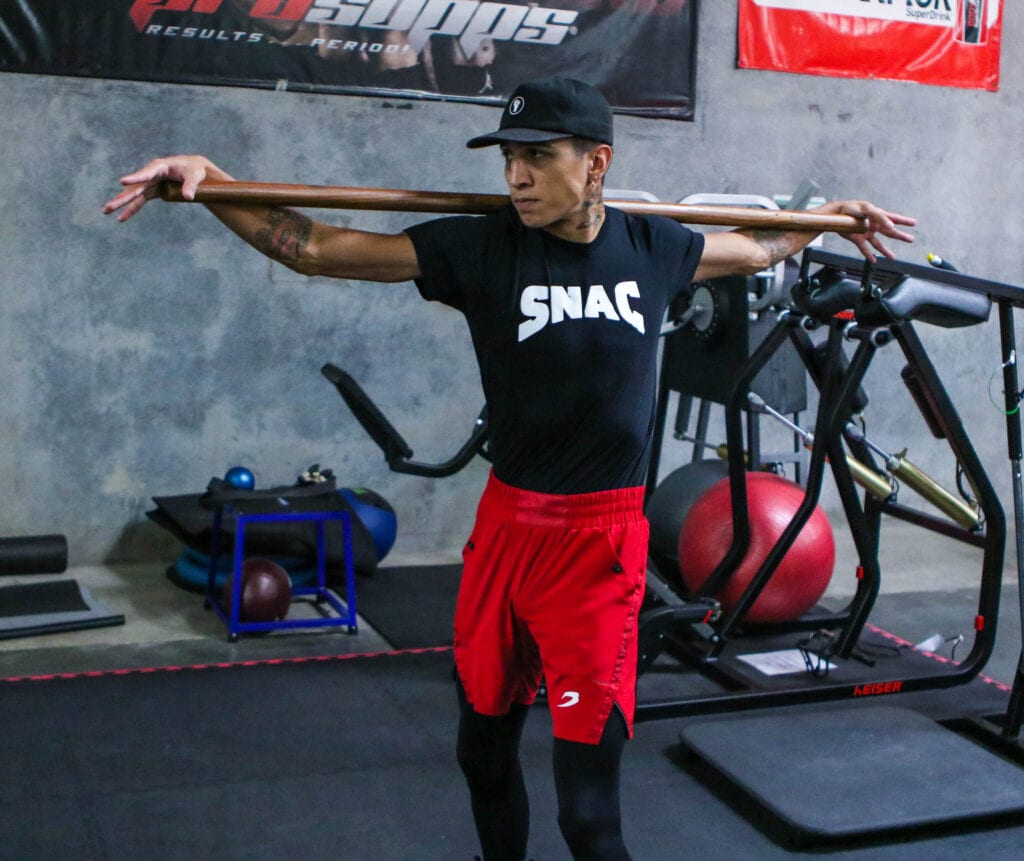 Barrios on Karl-‘I’m preparing for a war’

Unbeaten WBA Super Lightweight Champion and San Antonio-native Mario “El Azteca” Barrios will look to put on a memorable performance in front of his hometown fans when he battles Ryan “Cowboy” Karl in the SHOWTIME PPV co-main event Saturday, October 31 from The Alamodome in San Antonio, Texas in an event presented by Premier Boxing Champions.

“It always feels great to fight in Texas, but this fight is even sweeter because I’ll be defending my WBA title in my hometown of San Antonio,” said Barrios. “I’m expecting a huge turnout from my San Antonio and Texas fans and I promise to bring everyone at Alamodome a sensational night of action. There is a lot at stake, and I won’t be denied. I’m ready to drop some bombs and remain champion.”

For the 25-year-old Barrios, October 31 is another opportunity on a big platform to make a statement that he is one of boxing’s young rising stars. Being able to take the stage on a stacked event only increases his excitement leading up to the fight.

“This is a great opportunity for me and it definitely adds to my motivation to be part of what could be a historic night for boxing,” said Barrios. “It’s a humbling experience. I’ve been getting tons of feedback from my local fans about purchasing tickets, so I encourage everyone to buy them as soon as possible. If you’re unable to be there, make sure you order it on SHOWTIME PPV, because this is not a card you will want to miss out on.”

Barrios has continued to work with renowned coach Virgil Hunter as he resumes his climb up the 140-pound rankings. Hunter has overseen Barrios as he’s compiled a record of 8-0 with seven knockouts since moving up to super-lightweight in 2017. This includes Barrios’ most recent triumph, a unanimous decision over then-unbeaten Batyr Akhmedov in September 2019 to capture his WBA crown.

“Training camp with Virgil has been great,” said Barrios. “We keep growing with each fight. I’m learning and adding more to my arsenal. I have full confidence in my preparation, so I know that come fight night, I’ll be ready to handle the best Karl is able to bring.”

Barrios will be opposed by the Milano, Texas-born Karl. The two Texans have known each other for years dating back to their days competing in the same amateur tournaments. Barrios expects the best from his familiar foe but will not be holding back when they finally square off on fight night.

“Ryan Karl is an excellent fighter who is going to bring a lot of heart into the ring,” said Barrios. “He’s strong and likes to mix it up, so I’m preparing for a war. We’ve known each other since our amateur days back in Texas, but this will be the first time fighting each other. At the end of the day, business is business, I am honored to be sharing the ring with him, but my goal will be to display my boxing abilities and explosiveness. I’m not looking for a knockout, but everything I throw is with bad intentions.”

Gonzalez looking to upset Chocolatito tonight
Allen takes on Lovejoy on Usyk-Chisora
Advertisement
To Top
We use cookies to ensure that we give you the best experience on our website. If you continue to use this site we will assume that you are happy with it.OkPrivacy policy