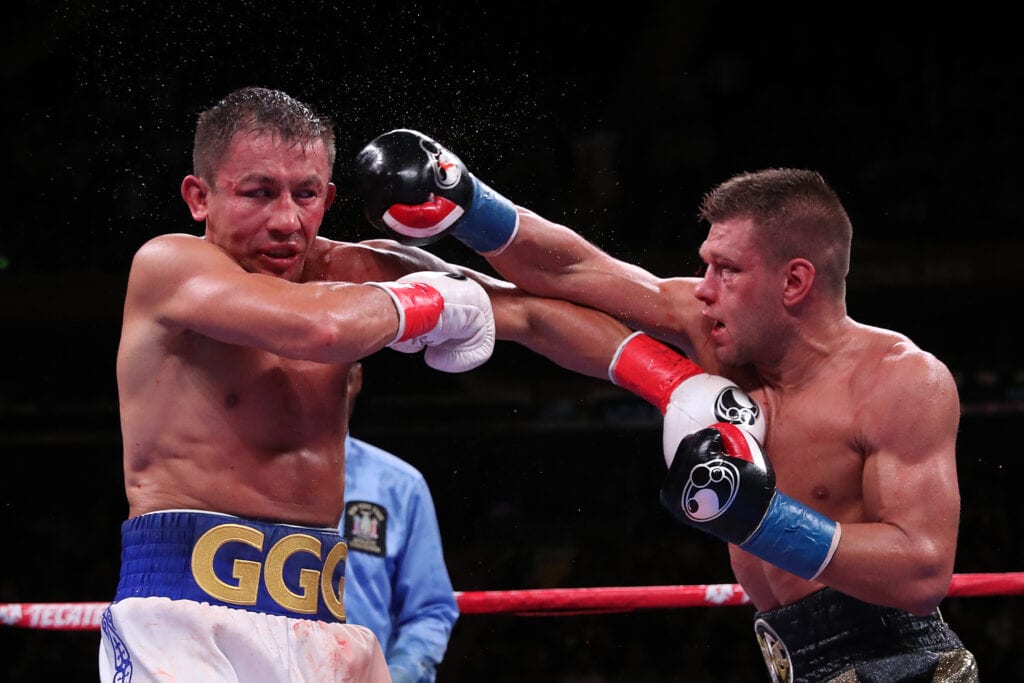 Johnathon Banks, the head trainer of newly crowned IBF, IBO middleweight champion Gennady Golovkin (40-1-1, 35 KOs), broke down the recent decision win over Sergiy Dereveyanchenko with the media after the fight.

Banks spoke to the media because both Golovkin and Dereveychenko weren’t able to speak to as they were both escorted to the hospital as a precaution after the fight.

The contest which Golovkin won by majority decision was a close one and a battle that could’ve gotten either way. Watching the fight, one could concur that this wasn’t the Golovkin of past but a one that Father Time has been hanging out with. Banks had a very interesting take on the fight but takes full responsibility for what we saw in the main event on Saturday night at Madison Square Garden.

Banks takes the blame for GGG's performance. Talks about what he's trying to get GGG to do, what went wrong, what they worked on in camp & the most important thing Manny Steward told him 'leave with the titles & make corrections later.'https://t.co/Edual0jmCt pic.twitter.com/D1T86SdaK5

“It’s my fault. I’ve got to get over to him that he needs to do this life or death situation”, Banks said to Boxingscene.com after the fight. “Either he needs to retire or do it this way. If he can’t do it that way, I hate to see my guys taking all these punches and I know they’re better than what I’m seeing. I take the blame for it. I told them, we’re in for a long night because this kid is one tough customer.”

The gameplan that Dereveyanchenko and his trainer Andre Rozier had was to land and attack the body of Golovkin, which in the later rounds showed as he was able to slow him down as Banks explained he wanted to get off to a quick start.

“When we were starting the fight off, I was trying to get GGG to start the fight off fast, because he’s fighting younger and younger competition,”Banks said to Boxingscene.”I’m trying to get him to start off faster. You let your hands go, build your own lead, and you can dictate the pace. The first round. You seen the way he got up and reacted. He’s been fighting the way he fights for a while. Getting him to start slipping punches, moving his head, and letting his hands go is difficult.”

Banks was hoping in this fight to improve the defense for Golovkin. This strategy wasn’t the case Saturday night as the final Compubox numbers shown that Dereveyanchenko land 230 punches on Golovkin. That number is the most Golovkin has been in hit by any other opponent.

“These are the type of fights that GGG likes for whatever reason. He wants to please the crowd. I don’t care about pleasing the crowd. I care about my fighter winning and protecting him at all costs. Everyone in this division with titles is younger than him. And if you want to stay with these young boys, you got to do what you’ve got to do. I’m trying to take what GGG already has and add some defense to it and raise his offense output higher. That’s all. Those are two things. The main things are defense and a higher offensive output. Those are the main two things that are damaging for him, and anybody that knows how to move knows it.”

We’ll see next go out for Banks if Golovkin improves his defense to avoid being hit as often as he did Saturday night.

Charlie Edwards vacates Flyweight title
Jaron Ennis shines on Showtime in Flint
Advertisement
To Top
We use cookies to ensure that we give you the best experience on our website. If you continue to use this site we will assume that you are happy with it.OkPrivacy policy