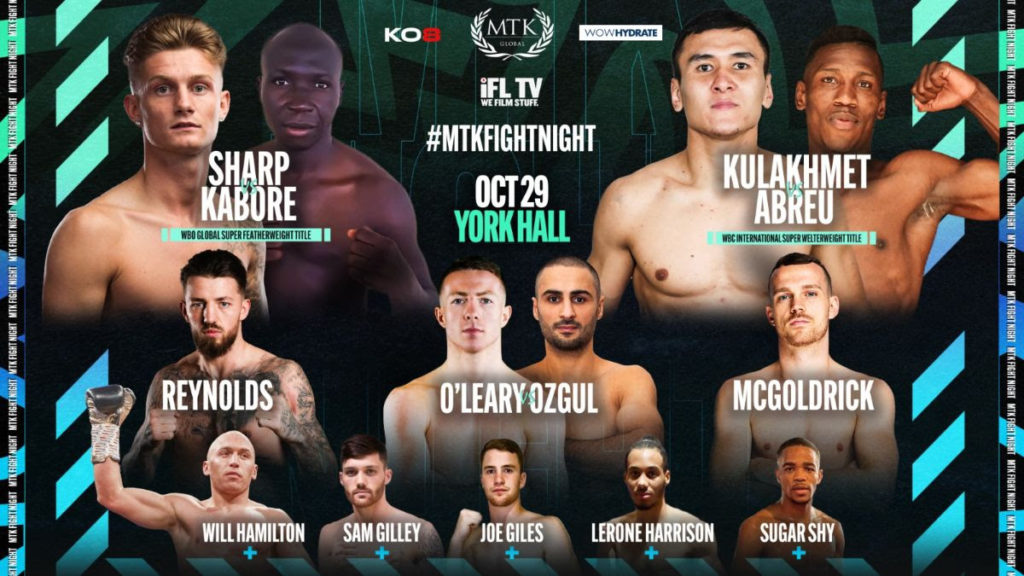 British junior lightweight contender Archie “Sharpshooter” Sharp has designs on a world title shot, but he must keep his unbeaten record intact. Sharp, ranked No. 2 by the WBO, will defend his WBO Global belt in a 10-rounder this Friday, Oct. 29 at London’s York Hall against Alexis Boureima Kabore.

Sharp-Kabore and Kulakhmet-Abreu will top a bill streaming live and exclusively in the United States on ESPN+ at 2 p.m. ET/11 a.m. PT.

Sharp (20-0, 9 KOs) is a former WBO European belt-holder who fought on an ESPN+-streamed Michael Conlan/Carl Frampton doubleheader in August 2020, edging Jeff Ofori by a single point. He made his 2021 debut on July 10 and survived a pair of cuts to top Mexican upstart Diego Andrade Chavez via unanimous decision. Kabore (28-4, 7 KOs), from Burkina Faso, has fought the majority of his bouts in his home nation and is making his European debut against Sharp. He is a former African Union and WBC International champion at 122 pounds.

Junior middleweight prospect Jordan Reynolds (2-0) looks to make it three for three against Italy’s Rodolfo Paterno (2-4-2, 1 KO) in a six-rounder.

Shiloh Defreitas, a Jamaican-born fighter who now resides in England, will make his pro debut in a six-round junior welterweight tilt against 123-fight veteran Fonz Alexander.

Dublin-born junior welterweight Pierce O’Leary (7-0, 3 KOs) will aim for his third KO in four fights against Siar Ozgul (15-6, 3 KOs) in an eight-rounder.
About ESPN+
ESPN+ is the industry-leading sports streaming service that offers fans in the U.S. thousands of live sports events, original programming not available on ESPN’s linear TV or digital networks and exclusive editorial content from dozens of ESPN writers and reporters. Launched in April 2018, ESPN+ has grown to more than 14.9 million subscribers.