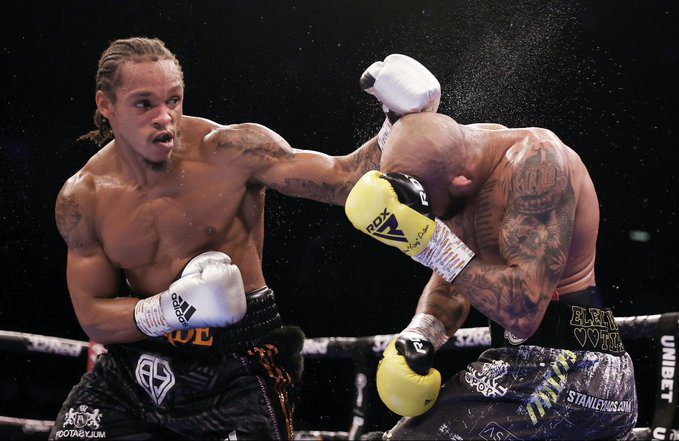 Off his impressive second round KO of Joe Smith Jr. Saturday night, now WBC/IBF/WBO world light heavyweight champ Artur Beterbiev certainly has options on whom to fight next. And, it appears that one fight at the forefront involves British WBO top contender Anthony Yarde.

And, Yarde has made it clear that he’s ready for that fight/challenge.

In an interview with Frank Warren’s Queensberry Promotions Yarde, whom attended Beterbiev’s win at the Hulu Theater next to Madison Square Garden, made clear that he knows what he’s up against with the unbeaten Russian champ,

“When a lion goes and hunts, it’s not because it wants to sometimes. It’s because it has to,” Yarde told the show.

“They haven’t got an option to just go and ‘chill out.’ Then, their family don’t eat. I’ve got that same mentality. When another lion comes roaring, that means they’re challenging the domain… That’s literally my mentality. That’s the world we’re in. It’s the boxing world. It’s competitive. And, bring on the challenge.”

Certainly, Yarde has credentials, including having battled Russian WBO world champ Sergey Kovalev in his homeland in 2019. Yarde scored on the champ, before Kovalev wore him down and kayoed him in the 11th round. Yarde also suffered another defeat to fellow English contender Lydon Arthur by split decision in December of 2020.

Yarde emphatically reversed that loss with a four round destruction of Arthur in December of last year bringing his record to 22-2, 21 KOs.

Hear Dan Rafael’s recap of Beterbiev-Smith from ringside and what he thinks of a potential Beterbiev-Yarde bout on our “Fight Freaks Unite Recap” podcast by clicking below,

However, this will be a huge step up against the powerful Beterbiev, who’s knocked out or stopped all 18 of his opponents. And, this includes seven straight KO’s in world championship fights. So, that’s the “lion” that Yarde is talking about potentially facing.

Now, we’ll see if the bout gets made, as rumored, for London probably in November or December of this year.