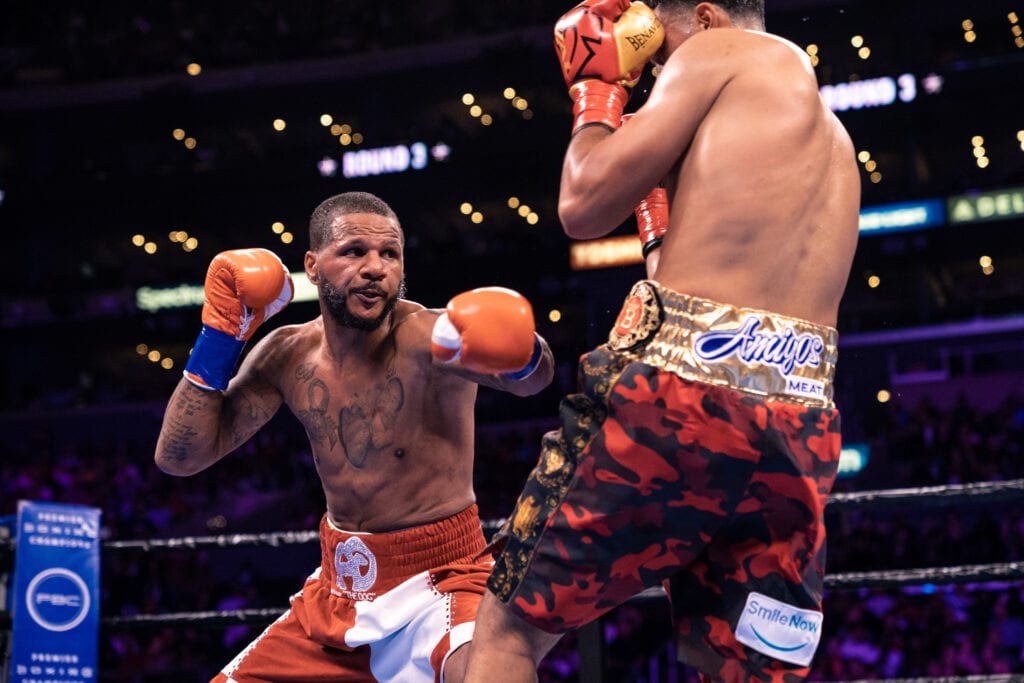 Former two-time super-middleweight champion Anthony Dirrell is looking to get back into the title picture. He will have just that chance this Saturday against Kyrone Davis in the next headlining bout for Premier Boxing Champions on Fox this Saturday, February 27.

This contest on Fox stemming from the Shrine Auditorium and Expo Hall in Los Angeles is a WBC Title eliminator for the belt currently in possession of Canelo Alvarez. Dirrell speaking with the media last week, feels that Davis isn’t on his level.

“I think Davis bit off more than he can chew. He’s good but I’m in a different bracket,” Dirrell said to the media. “There’s levels to this. I’m going to go in there and display my experience, what I can do and just get him out of there.

Dirrell (33-2-1, 24 KOs) was last seen losing the WBC title to David Benavidez back in September 2019. Dirrell felt like he was winning until a nasty cut opened up on Dirrel in the sixth round in that fight. From there, Benavidez turned the tables for the ninth-round stoppage win.

“I honestly thought I was winning the David Benavidez fight until I got cut. But that’s water under the bridge. The fight happened how it was supposed to happen. He’s a true champion. Unfortunately, I got cut and I couldn’t continue to fight. But they know it was a competitive fight until then. I was basically boxing him,” Dirrell said.

Dirrell was partially right as he looked good in the middle rounds of the fight, but he was down on all three scorecards at the time of the stoppage. All of that is moot now, and Dirrell is looking to rebound against Davis.

“You have to learn how to bounce back from your losses. Right now, I’m focused on Kyrone Davis because you can’t overlook anyone in boxing. I’ve been in camp too long and I’m missing my family. I want to get to see them quickly,” Dirrell noted.

“I feel good at 36-years-old. I feel strong. I know everyone says this is one of my better camps but it has been. I feel we were able to do more to get ready. We had time to do a lot more to slowly build to where we want to be. I feel tremendous. I’m literally ready to fight right now. I’m knocking his a– out.”

Dirrell is coming out of the camp in Miami, preparing for this fight alongside Adrien Broner, Robert Easter Jr., and Xander Zayas. All three of them were victorious in their bouts this past weekend, and Dirrell looks to keep that streak coming this weekend as he looks to get back in the mix at 168.