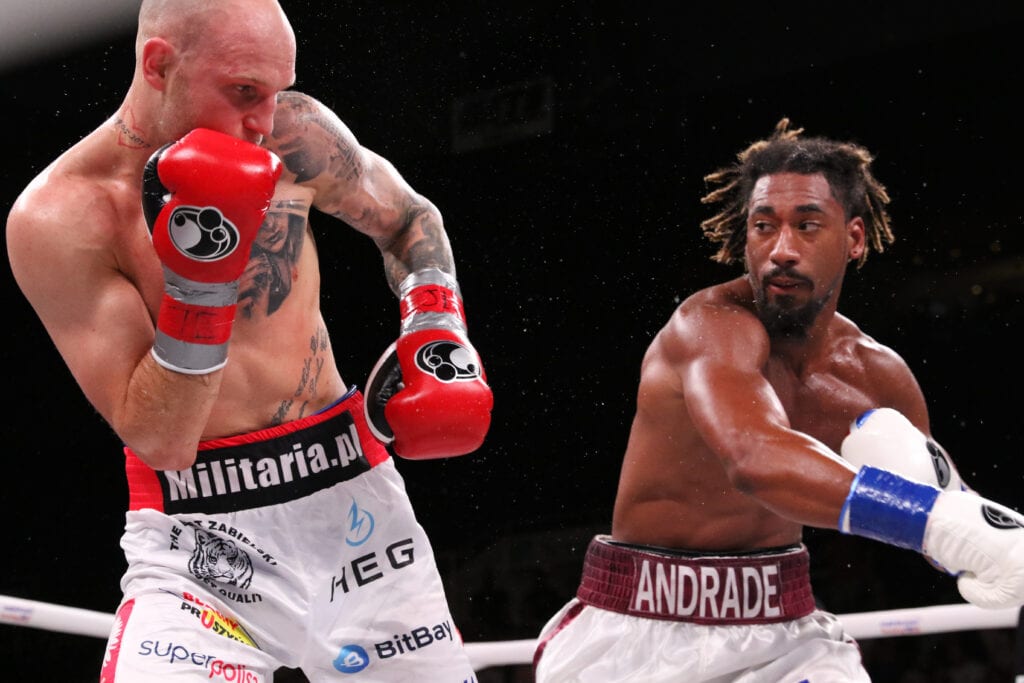 Canelo Alvarez, from many boxing pundits where you look, has received Fighter of the Year for 2019 in boxing. One contest that helped accomplish that feat is defeating Sergey Kovalev in November.

WBO middleweight champion Demetrius Andrade is not impressed at all by this.

Speaking with Keith Idec of Boxingscene.com, Andrade feels that Canelo is what boxing social media would call cherry-picking old guys.

“Canelo’s fighting old guys on their way out,” Andrade told BoxingScene.com. “It’s like, ‘Let me fight ‘Krusher’ at 40 years old, since he’s done.”

Andrade doubled down on that and mentioned that he fought Kovalev was winning the bout he had in Vegas before he was knocked out in the 11th round.

“He pretty much got beat the whole fight by an older guy you could see really didn’t have the steam that he would have if he were younger,” Andrade said. “And this is an ongoing situation. Canelo done did that with [Shane] Mosley. He did that with [Miguel] Cotto. It’s nothing new. I’m not upset about the strategy because it is a blueprint and it happened to work for him. It’s just like, at the end of the day you’re fighting guys that are on they’re way out.

Hard to argue the fact that Canelo does tend to be fighting boxers on the other side of the age spectrum against him. For Andrade, the goal is to be the next one in the ring whenever that call is made.

“I would think it would make sense, because who’s gonna be left if I keep beating everybody and he keeps beating everybody?” Andrade questioned. “Then there’s only two people left, in a sense. It’s not like this world is full of top fighters that can just go in there with Canelo.”

We spoke with Keith last August about the prospects of Andrade taking on Canelo, and at that time, he mentioned not likely. Nothing in my mind has changed any of that except Andrade putting in his name in the mix.