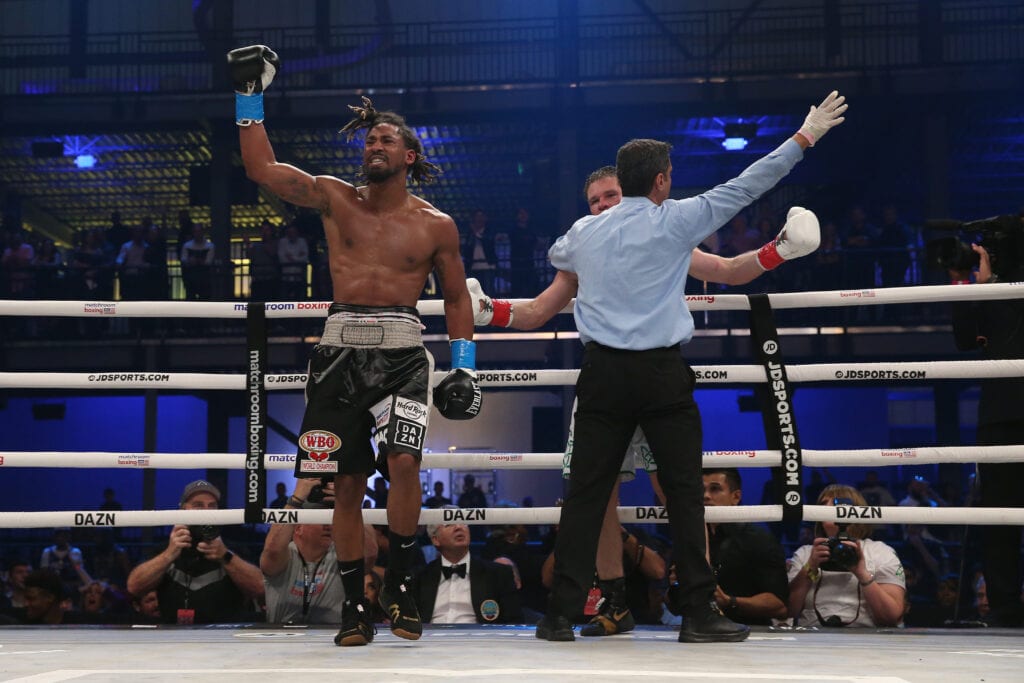 WBO middleweight champion, Demetrius Andrade, took care of business in his latest title defense Thursday night in Miami, and now, he has his sights set on another title fight that evaporated previously, through no fault of his.

First Andrade was spectacular at the beginning of Thursday night’s title bout would lightly regarded Irish Challenger, Luke Keeler. The WBO champ decked Keeler with virtually the first punch of the fight, 10 seconds in.

Keller took a couple of more shots later, but recovered and actually scored a couple of punches himself as the first-round wore on, but clearly was outclassed.

Andrade dropped him again with a wicked straight left hand late in the second round. And, it looked as though the fight might be ending very quickly. However, Keeler survived until the bell and recovered enough in the third round to try to sustain the fight.

Still, as the rounds wore on, it was obvious that Andrade was the more skilled and experienced fighter, as he continued to score with his jab and combinations behind it. Further, it was obvious that Keeler had little to no hope of landing any kind of desperation knockout punch.

While, Keeler’s corner did not stop the fight by the 7th or the 8th round, the ninth saw Andrade take care of business himself, landing a combination of a straight right and then, an overhand left that wobbled the challenger. Next, a hard right hand staggered Keeler sideways along the ropes and the referee jumped in for a TKO stoppage.

It was Andrade’s 29th victory, third middleweight defense, and now has him pondering the future.

The Providence native said after the fight he wants WBO super middleweight champ, Billy Joe Saunders of England. Those two were slated to fight two years ago, when the unbeaten Saunders flunked a PED test weeks prior to the bout and was suspended.

Andrade has also been hoping to get in the mix for another huge payday perhaps against, Gennady Golovkin, But, Golovkin is expected to defend his newly regained IBF middleweight title in late March or April and won’t be available after that until at least September or October.

So, with Andrade and Saunders  both promoted by Matchroom Boxing and Eddie Hear, it seems logical that that fight could get done for early in the summer. And,  maybe leave room for one of them to fight “Triple GG”down the road in late 2020.