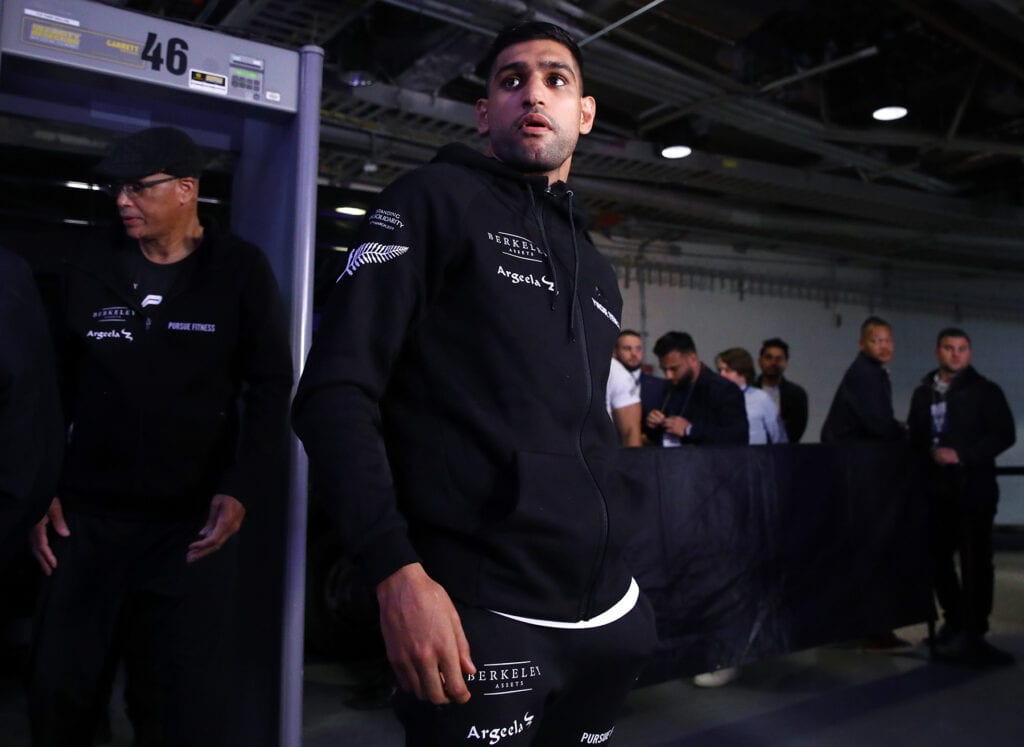 Khan insists he is not retiring

After his anti-climactic defeat to champion Terrence Crawford on Saturday, many in and around the boxing community are hinting and suggesting that former world titlist Amir Khan should hang up the gloves.

Khan, 32, however has insisted that he will not be doing so as he doesn’t want his last moment in the ring to be one where he couldn’t continue due to an accidental low blow and what many feel he used as an way out of the fight where he was knocked down early and was losing on the scorecards at the time of the stoppage.

When speaking to the UK’s The Mirror, Khan told them the following:

“I don’t want to end my career like that, I definitely don’t,” insisted the former unified light-welterweight champ to The Mirror.

““I want to spend time with family now and then see. But I’m 32 and I think I have a lot more in me. I love the sport like I always have.”

Most are speculating that the next move for Khan in terms of big money fights is a challenge against Kell Brook, who was sitting ringside at the fight on Saturday. Chairman for Matchroom Boxing’s Barry Hearn to the UK’s Daily Mail echoed these setiments as well.

“There are big fights out there for both Brook and Khan, and Brook has got to think about bringing himself down to 147lb if he’s going to fight Khan, and it gets progressively harder to take off weight in safe fashion,” Hearn said in The Daily Mail.

‘They need to sign it and fight fans can plan for what I think will be a big fight. If they don’t make that decision now, frankly Father Time is ticking away and so is the interest in the fight.”

Khan acknowledged as much to The Mirror as well.

“The Brook fight is always going to be there and I think it’ll still be there,” said Khan to The Mirror. “I really believe that fight is there.”

Andy Ruiz confirms he is on the list to face Joshua
Wilder-Breazeale ‘All Access’ Starts on May 10 on Showtime
Advertisement
To Top
We use cookies to ensure that we give you the best experience on our website. If you continue to use this site we will assume that you are happy with it.Ok