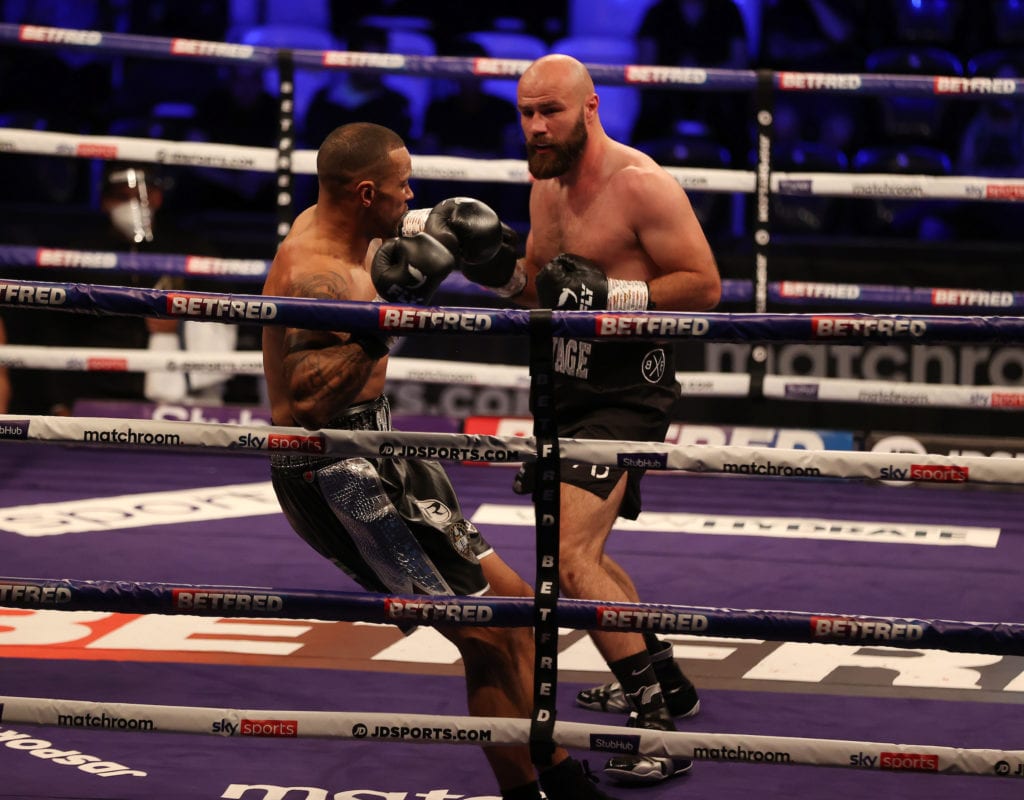 Heavyweight Alen Babic was in action Saturday in Newcastle and it was fun for as long as it lasted as he blasted out Damian Chambers on the undercard of the Lewis Ritson-Jeremiah Ponce card that aired on DAZN in the United States and Sky Sports in the United Kingdom.

The time of the stoppage was 1:30 in the third round of the heavyweight feature attraction.

The build-up leading into this fight was that Babic (7-0,7 KOs) came into this fight looking for a tough test and this one. Chambers (11-2,7 KOs) was taking a big step up in competition but was coming into the contest on a two-fight knockout streak.

Once the bell rang and after an early slip by Chambers, Babic sent him down early with a hard left hook that had him held up by the ropes. From there, it was downhill for Chambers. The former cruiserweight spent the rest of the first round on the defensive and was able to land a few counter rights. Unfortunately, Babic and his pressure were just able to use to his advantage as he just kept bum-rushing him in a very one-sided and almost stopped round.

The second round of this fight was the same approach as the first but a little slower as the pace Babic was doing wasn’t really possible to keep up. This was where Chambers was able to stay on the outside and uses angle to land on Babic. This and what looked like Babic stepping off the gas made it a very close if not a round Chambers had it gone to the cards.

The third started and Chambers decided to stay away as he did in the second but Babic ended this fight emphatically with a nasty left hook and the referee stepped in to wave this one off as the ropes kept him held up.

Well see what is next up for “The Savage” but he’s a fun heavyweight at this level with a fun style that is all or nothing.