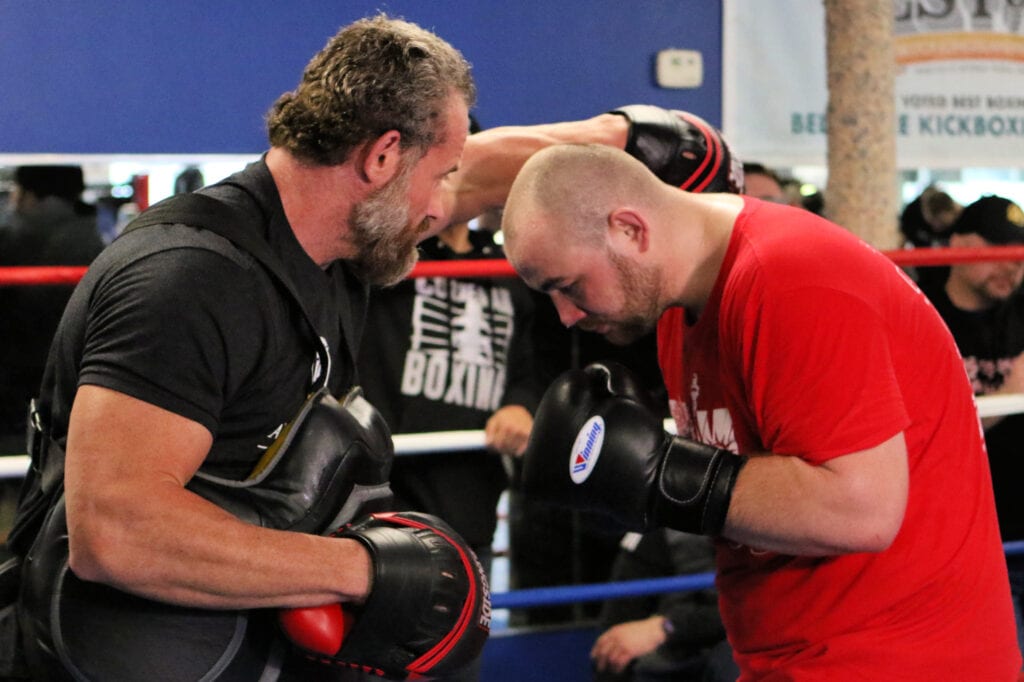 Undefeated Polish star and Brooklyn native Adam Kownacki will headline in his hometown on Saturday, March 7 when he takes on Robert Helenius in a WBA Heavyweight Title eliminator as the FOX PBC Fight Night main event and on FOX Deportes from Barclays Center, the home of BROOKLYN BOXING™.

Kownacki has proven himself as a popular draw in a borough full of heavyweight boxing history, and will look to continue to capitalize on that opportunity in this title eliminator.

“This will be my second time headlining at Barclays Center and having the whole New York community, especially the Polish fans, coming out to support me really feels amazing,” said Kownacki. “I grew up in Brooklyn, so seeing my face everywhere on ads and billboards is a great feeling. There’s definitely a little bit of added pressure being in that situation, but diamonds are made with pressure.”

For this fight, Kownacki has had to make the small sleep adjustments that come with having a six-month-old son, but he continues to feel strong in camp, even testing himself against another Polish heavyweight contender in Mariusz Wach.

“With the baby, I’m sleeping less for sure, but this has been a really strong camp,” said Kownacki. “It’s pretty much the same routine training-wise and it’s always the same dedication that we put in every day. We brought in Mariusz Wach for a few weeks of sparring to help me get ready for this one and I think that’s helped me a lot as well.”

The 30-year-old’s first headlining performance in his hometown came in August on FOX, when he won an exciting action fight against former title challenger Chris Arreola. Now he will face a new challenge in the veteran Helenius, who has faced top competition throughout the world and stands over six-feet six-inches tall, making him one of Kownacki’s most imposing opponents to date.

“Helenius is a totally different opponent than Arreola,” said Kownacki. “He’s much taller, which poses a new set of challenges. Against Arreola, it was easy to get on the inside. With Helenius’ height, I’m going to have to work behind my double-jab and then let my punches go.

“He’s very experienced and he’s been in there with a lot of talented fighters. He fought Derek Chisora and Dillian Whyte, going the distance with both, and he’s a former European champion. So, his experience is something I have to be careful with. I’m not looking past him at all.

“Helenius is going to come in with the mindset as if I’m a world champion. I know he’s going to try to take my spot in the rankings. I’m starting to feel like when fighters get in the ring with me, it seems like they’re extra-motivated. But I’m motivated too. I’m in shape and ready to showcase my skills next weekend at Barclays Center.”

This will be Kownacki’s 10th fight at Barclays Center, where he has not only become a fan-favorite, but established himself as a contender in the red-hot heavyweight division. March 7 gives Kownacki another chance to showcase that he has what it takes to end up on top of the heavyweight ladder, and become the first Polish heavyweight champion in boxing history.

“The division is wide open,” said Kownacki. “Right now, Tyson Fury is considered number one. But his previous two fights before the Deontay Wilder rematch weren’t that great. So how good is Fury really? If you look at the top-ten heavyweights, I’m the only one with a clean record, no losses or draws. On Saturday, March 7, I have to prove that I belong in a title fight.”