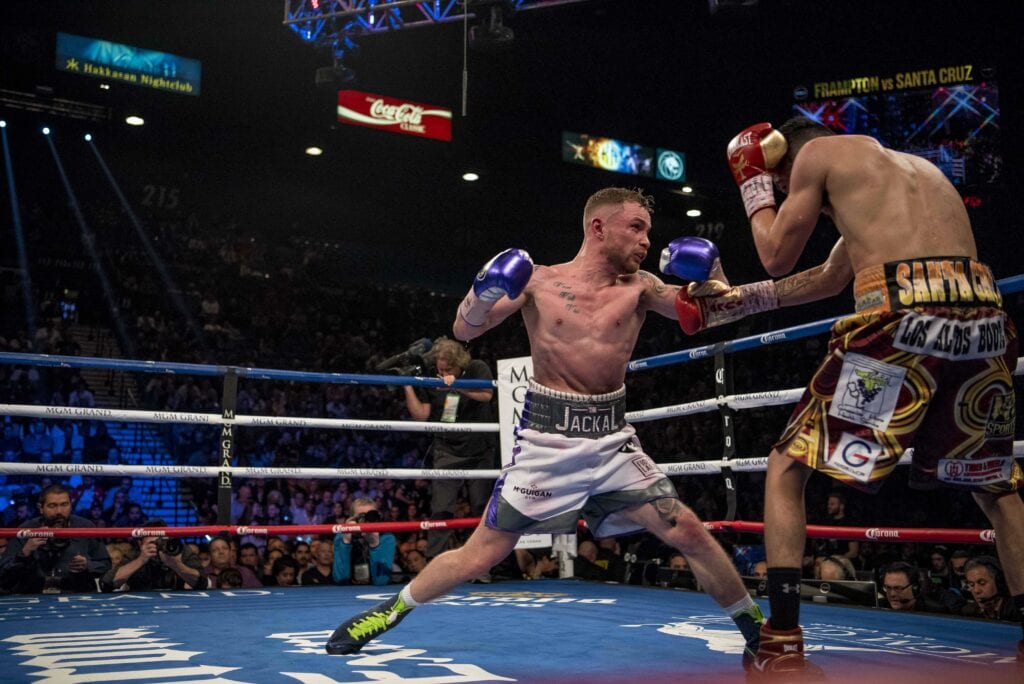 “It’s wonderful news that Carl Frampton has joined us at Top Rank,” Top Rank chairman Bob Arum said in a press release. “He is the epitome of a true warrior, and we are proud to be promoting him as he works toward becoming the featherweight champion of the world once again.”

Top Rank, MTK Global and Queensberry Promotions will announce his next fight shortly.

“It’s an honor for me to be teaming up with Top Rank for what will be the last chapter of my career,” Frampton said in a press release. “A credit to my management team, MTK Global, on being able to get me a deal with the biggest boxing promotional company on the planet. It also makes a fight, at some point in the future, with WBO champion Oscar Valdez a real possibility. My goal, at this stage of my career, is still to become a world champion, and I feel I’ll reach my goal with MTK and Bob Arum’s Top Rank in my corner.”

Two-weight world champion @RealCFrampton signs up with @TRBoxing and will continue his quest for another world title on @ESPN platforms.

Frampton (26-2, 15 KOs) is a 10-year pro who has fought a who’s who of this generation’s greatest fighters at 122 and 126 pounds. He won the IBF junior featherweight world title over Kiko Martinez in September 2014, defended that belt twice, and then unified with a well-earned split decision victory over Scott Quigg on Feb. 27, 2016. In his next fight, he moved up to featherweight and took Leo Santa Cruz’s unbeaten record away via majority decision. He lost a tightly contested bout to Santa Cruz in the immediate rematch and then reeled off three consecutive wins until his last bout, a unanimous decision defeat to IBF featherweight champion Warrington in a solid fight to end last year.