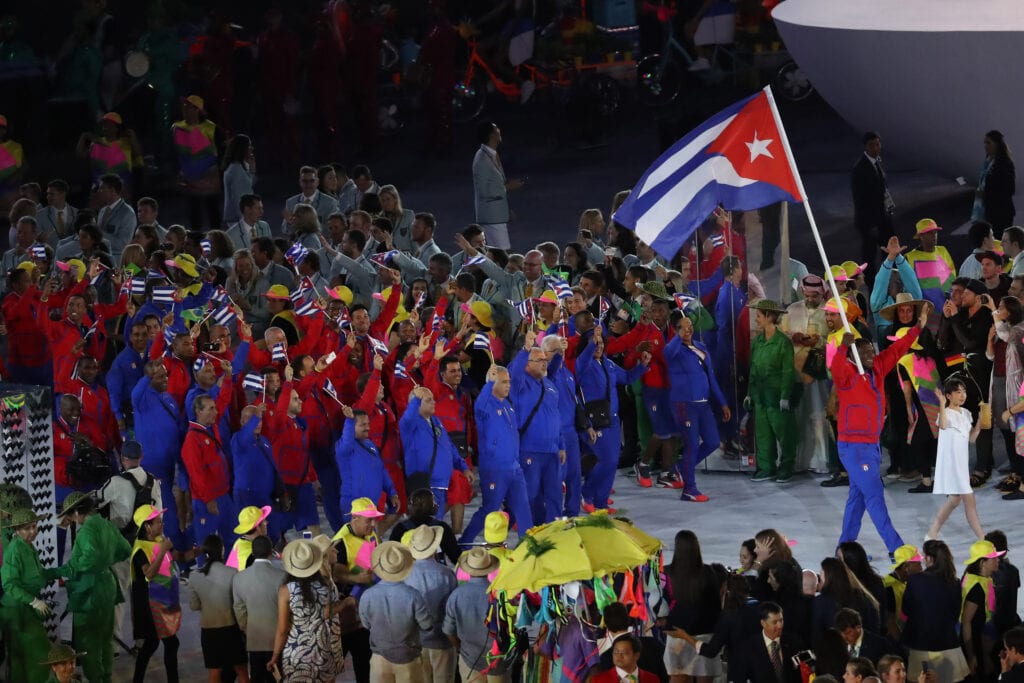 On this day back on April 5, 1915, Jess Willard knocked out Jack Johnson in the 26th round to claim the world heavyweight title at Oriental Park in Havana, Cuba.

Ah, the good old days of boxing and fights that went 45 rounds. Can you even imagine in this day and age?

For this fight, the long-reigning heavyweight champion Jack Johnson was guaranteed $30,000 ($750,819.80 in 2019 US dollars), plus one-third of picture privileges (or what we call now as “meet and greets”). Willard had stated before the fight that he expected to take a beating for the first 10 or 15 rounds and had explicitly trained for that scenario. Johnson, to his credit, had tried his best to make that happen.

The fight started with both fighters facing one another with gloves at their waists and hoping their head, shoulder, foot, and hand feints would force the other man out of position. Johnson stepped away from Willard’s lunging punches and countered with a right over the top. Most of the early parts of the fight were at long range, with each fighter forming a defensive upright posture with the majority of their weight on the back foot.

While Willard did most of the leading in, Johnson did the majority of the scoring with hard punches and occasional headlong rushes. Despite the attacks from Johnson, Willard absorbs what Johnson dished out without showing any worse for wear. 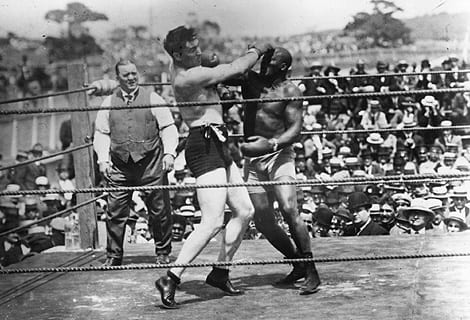 By the 12th round, Johnson unleashed a flurry that drove Willard to the ropes, but, once again, Willard shook off the punishment and continued his patient, establish the jab-heavy style of boxing. The pace began to shift in the 17th round when Willard stepped up his movement and work rate.

Willard’s punches for most of the match had fallen short or blocked by Johnson’s open gloves, but Willard’s approach to wearing down Johnson.

The end came shortly before the halfway point of round 26. As the pair maneuvered toward the challenger’s corner, Willard fired a lunging jab followed by a pulverizing right to the jaw. Upon impact, Johnson’s head snapped violently to the side while his hands reached out and tried to take Willard down with him.

That effort failed, so his stricken frame slid down Willard’s torso and legs before landing back-first with a thud. As Johnson shaded his eyes from the blinding sun, referee Welsh positioned himself four feet directly behind the champion’s head and tolled the count. Once he reached “10,” he immediately raised Willard’s right arm and walked toward the ring center.

“If I had been compelled to give a decision at the end of the twenty-fifth round, it would have been Johnson’s by a wide margin. Up to the twentieth round, Willard had one won only one round by a real margin and two or three others by the slightest shade.

In the thirteenth and fourteenth, I was almost sure Johnson would knock Willard out, but Willard showed that his jaw and body were too tough. Johnson put up a wonderful fight to the twentieth round, but age stepped in then and defeated him.” 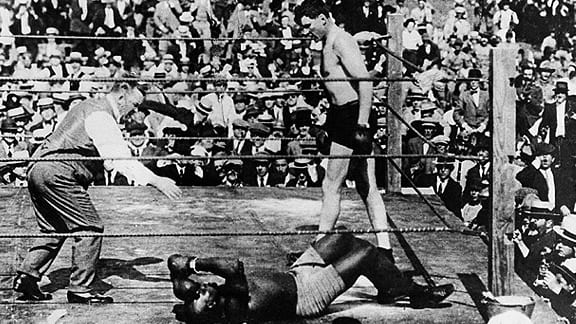 After the match for Johnson, he accepted defeat graciously, but that would change down his tone afterward.

Nine months later, on January 2, 1916, Johnson, for a $250 fee paid by Nat Fleischer, future publisher of The Ring Magazine, released a confession that he threw the Willard fight in exchange for a smooth re-entry into the United States and $50,000 in cash. Johnson said the original agreement was to have him end the fight in round 11 once his wife indicated the money was in hand.

However, once that round came and went, Johnson continued to fight on because he thought he was being double-crossed, so he decided to go for the win. Then, after the end of round 24, he said he saw his wife, Lucille Cameron Johnson, give the predetermined signal one version was the wave of a white handkerchief while another was a nod of her head and proceeded to end the fight.

The controversy was addressed in the October 1956 and January 1969 issues of The Ring. The latter treatment was sparked by the success of the Broadway play “The Great White Hope” that starred James Earl Jones as the semi-biographical Jack Jefferson.

Johnson later recanted the confession, saying he was just in need of money and said that no one would have wanted to purchase a statement that declared he had lost genuinely. Fleischer said he bought the confession to subdue it since Johnson had already confirmed his story wasn’t right. Willard was never implicated in the alleged fix of the fight.

Willard also dismissed Johnson’s story, saying, “If he was going to throw the fight, I wish he’d done it sooner. It was hotter than hell out there.”

See below this historic event with some video footage that is rare and still in fantastic quality over a century ago below.